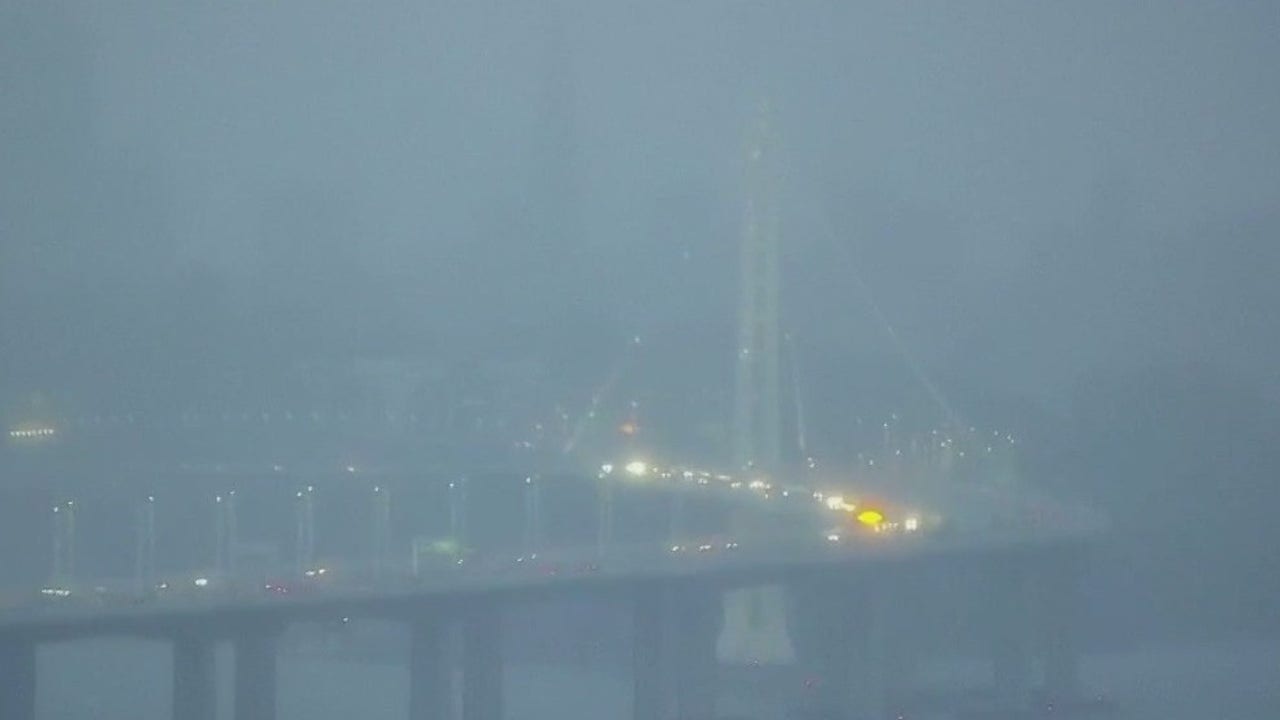 Redwood Valley Railway in Orinda held its annual “Winter Festival”. Riders take a scenic drive through the redwoods as steam trains pass through more than a mile of ornately decorated trees and twinkling lights.

“Seeing Santa coming through the mist is so magical, especially with the lights in the trees,” said passenger Neoma Lavalle.

The event first started in 2014 and has been known to draw large crowds that spill out into the parking lot. But this weekend there were a lot of empty train cars.

“I think a lot of people are staying home because it’s so cold,” said Ellen Thomsen, owner and president of the Redwood Valley Railway. “But we like to get the trains out and run anyway.”

Thomsen said they decided not to cancel this outdoor event because they love it. The staff dress in period costume and “Father Solstice” rides what is called “The Chariot of Fire” through the darkness.

The trains even kept running during Saturday’s downpour that lasted for hours.

RELATED: Snow Continues to Pummel Tahoe as Rain Decreases in the Bay Area

“We had some brave souls come out and ride, and we have a lot of regulars who love this event,” Thomsen said. “It has become a family tradition for them for many years.”

“It’s a fun adventure to do it in the rain,” said Sam Hunt with his son Gus. The couple was decked out in rain gear.

We found others with scarves, gloves and hats. Some people brought blankets.

READ ALSO: Rain in the Bay Area brings its share of trouble

“We had a great time,” said passenger Jamie Olsen. “I’m from Seattle, so I’m used to this.”

The National Weather Service wants people to prepare for some “very cold” temperatures when the rain finally goes away.

“We currently have a freeze watch in place for the North Bay valleys…one of the concerns…the rules we follow are to remember the four ‘P’s. That’s plants, people, pets and pipes,” the meteorologist said. NWS Matt Mehle.

Mehle said the rain has been beneficial for California, but it hasn’t ended the drought.