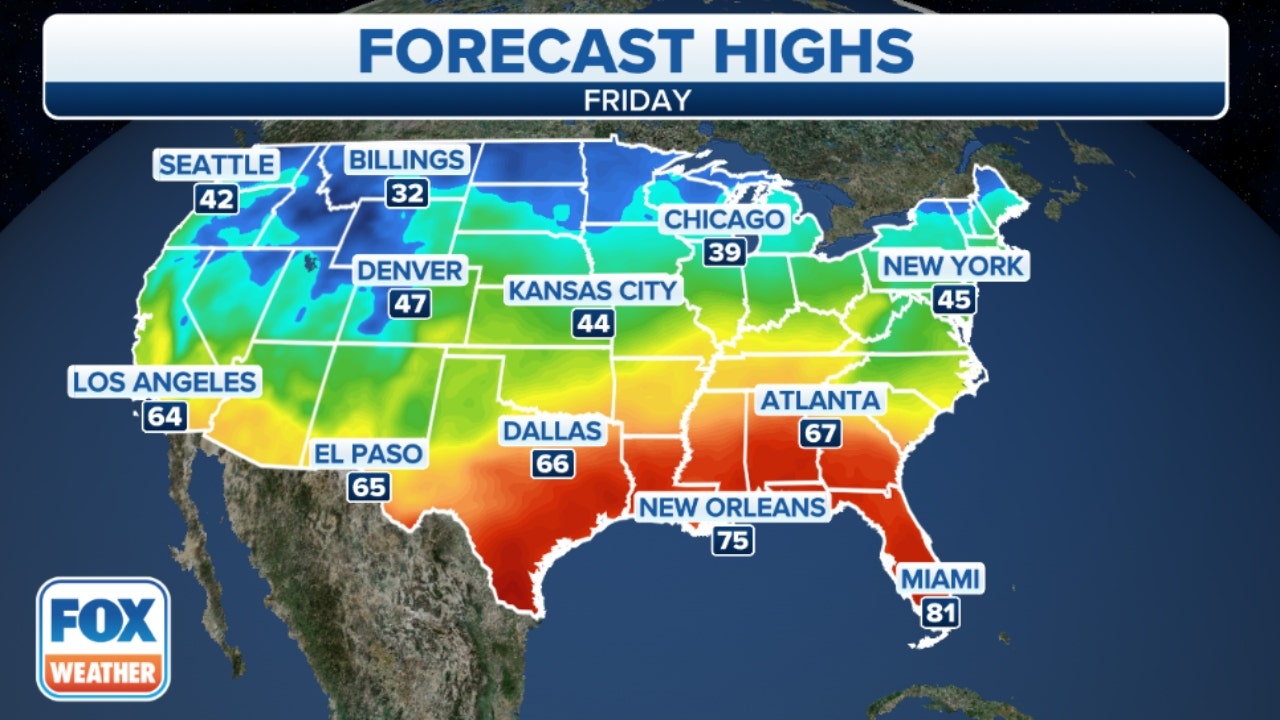 A large storm system will bring heavy mountain snow and coastal rain to the Northwestern US this weekend.

Heavy rain and widespread snowfall are expected across much of Northwest and Northern California.

Snowfall totals at high elevations will range from 6 to 12″.

The highest snowfall totals are expected in California’s Sierra Nevada, where several feet of snow could fall.

Winter weather advisories were issued over the weekend.

For coastal communities, up to 3 inches of rain is expected.

Winter weather advisories remain in effect Friday for portions of the Plains and the Midwest.

Moderate snow with gusty winds can be expected from South Dakota to Chicago.

Adam Klotz currently serves as a meteorologist for FOX News Channel and FOX Business Network. He is based in New York City and joined the network in January 2017.