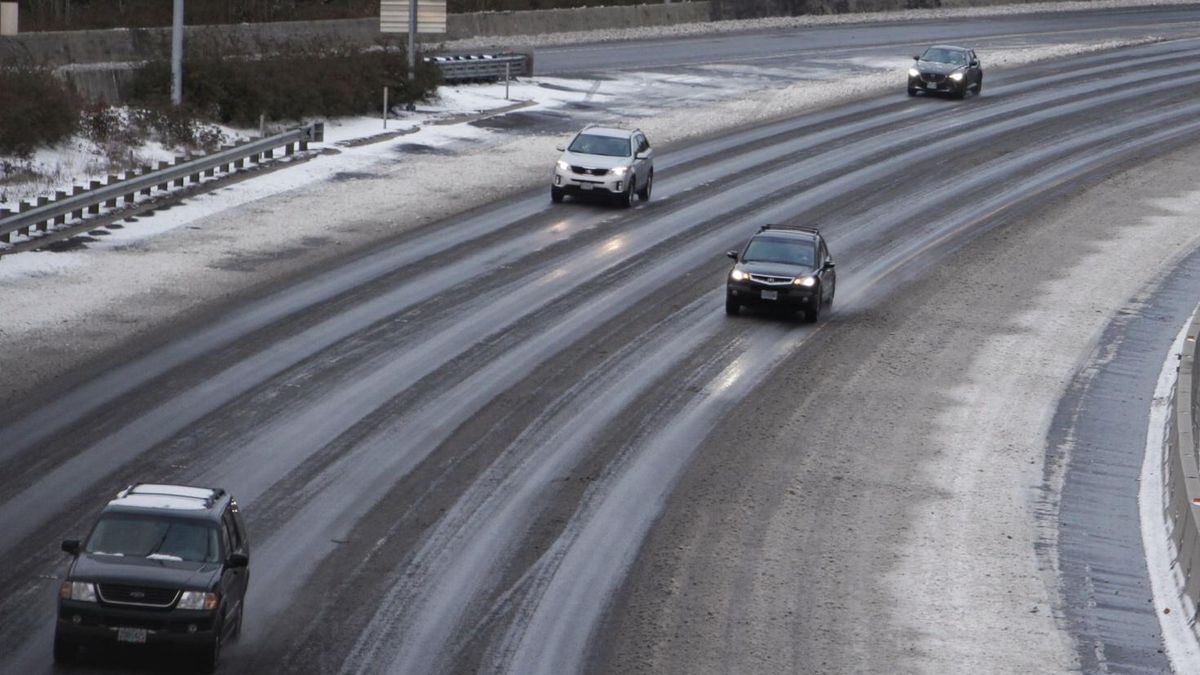 When winter weather arrives, car crashes increase. Snow, rain, fog, and ice can cause slippery roads and poor visibility. The wind can blow down trees, creating hazards on the roads. Oregon State Police public information officer Kyle Kennedy said drivers need to face the truth: They can’t drive as fast in these weather conditions as they would on a typical day.

“We post our speeds on the highway, and those speeds are intended for optimal driving conditions,” Kennedy said.

But the moment hazards appear, drivers must slow down to a speed appropriate for the conditions. Kennedy said someone who operates a vehicle should be able to react to the unexpected, whether it’s a car swerving in front of them or a fallen branch.

“Are you driving fast enough that you can maneuver your vehicle around them or hit the brakes to stop before them?” Kennedy asks. “And if the answer is ‘no,’ it’s probably going too fast.”

The National Weather Service said winter weather systems will continue to move across Oregon through the weekend, with the Cascades, Columbia River Gorge and eastern Oregon potentially seeing some snow.

Already this week, fog caused a crash on Interstate 5 near Albany, and winter weather and collisions caused the closure of Interstate 84 in eastern Oregon.

Ten-year data from the Oregon Department of Transportation shows that October, November and December had the highest number of reported crashes, coinciding with the start of the rainy season. Nationwide, rain causes the most weather-related crashes, more than snow and ice combined.

“It’s an Oregon staple, and yet when it comes along, we tend to drive at speeds that allow for hydroplaning and speeds that we can’t control with our vehicles when unexpected circumstances arise,” Kennedy said.

How slow is slow enough? Kennedy said it depends on how severe the conditions are and what condition his vehicle is in. But he says slowing as low as 15 mph, even on highways, wouldn’t be unreasonable in heavy snow or fog.

Additionally, Kennedy said people should check ahead of time what weather conditions they will face on their route and consider staying home if conditions are bad. Drivers need to make sure their vehicles are properly maintained and equipped for the weather, and they should have emergency supplies and proper clothing on hand in case they get stranded on the road in bad weather.