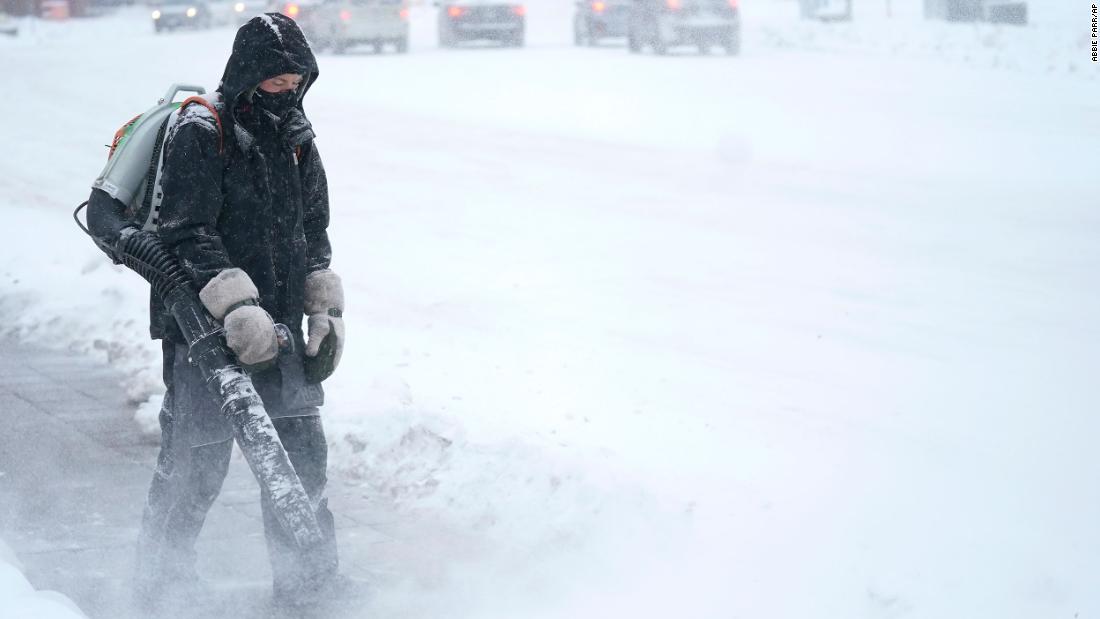 A winter storm has begun that will affect nearly every state and bring what the National Weather Service calls a “once-in-a-generation event.”

Thursday It will be the most difficult day to travel: The storm will hit the Midwest extremely hard with heavy snow and high winds. Western Minnesota will face not only blizzard conditions, but also life-threatening wind chills Thursday and Friday.

Chicago could also face blizzard conditions with winds up to 50 mph, with 2 to 4 inches of snow forecast.

Additionally, high winds can down power lines in the Midwest, especially in areas where heavy snow fell last week that is already downing tree limbs. This will cause millions to find a way to stay warm as temperatures drop well below freezing.

Southeast Snow: Major southern cities including Nashville, Memphis, Birmingham and Jackson, Mississippi will see snow on Thursday. Little to no backlog is expected for most southern cities. However, Nashville could pick up about an inch of snow.

The storm is expected to become a “bomb cyclone” Thursday afternoon through Friday: A bomb cyclone is when a storm rapidly intensifies and drops 24 millibars (a term used to measure atmospheric pressure) in 24 hours.

The storm is expected to reach pressure equivalent to a Category 3 hurricane when it reaches the Great Lakes.

The storm will be over the Great Lakes on Friday: The storm will continue to produce heavy snowfall across much of the Midwest. Parts of Michigan could accumulate more than a foot of snow by Friday, making travel impossible at times.

Heavy rain will also cover much of the I-95 corridor. Even in places where the snow has ended, strong winds will continue to blow at 30 to 40 mph across much of the Midwest and into the Northeast.

Friday night through Saturday morningNew England will receive a snapshot of snow and wind conditions.