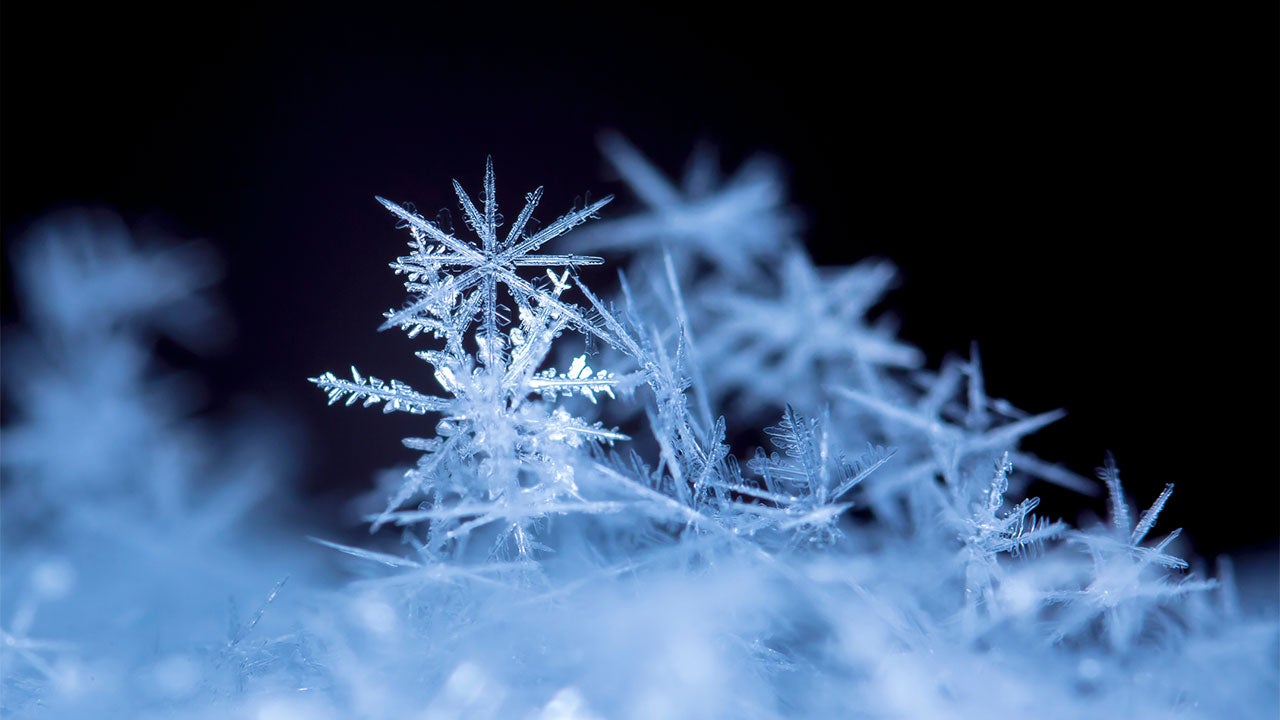 Forecasting winter weather can be tricky and can cause rapidly changing dangerous conditions, so it’s important to understand the nuances of all things winter so you can prepare for the worst.

With that in mind, here are five things to know about winter weather so you can be prepared.

When there’s a winter storm on the horizon everyone wants to know how much snow they’re going to get. However, the accuracy of snowfall forecasts more than a couple of days after the event is not very reliable.

Computer model forecasts can change several times a day as new data about the atmosphere is received. These changes can be significant. For example, long before a winter storm hits the Midwest, it could exist as a weather disturbance over the Pacific Ocean, an area for which we have little data. With less initial data, it is more difficult to predict the future track and intensity of any given storm.

So meteorologists examine multiple numerical models and their trends over time, using knowledge of each model’s strengths and biases. These forecasts tend to be more accurate than any single model forecast.

The bottom line: Don’t take a first forecast of snow or ice as the final answer, and be sure to check for forecast updates as the potential winter event approaches.

Low pressure systems can quickly track across the US in the winter, causing rapid changes in conditions over a short period of time and distance.

The track of a system often determines the type of precipitation that falls at a particular location. The rain/snow line, for example, can be difficult to forecast and its location can change during the event.

Sometimes snow, sleet, or ice can fall earlier than expected if the system is moving faster than anticipated or the atmosphere is colder than originally expected.

In short-term forecasts, heavy snow flurries or snow showers may develop. The location of these squalls is difficult to determine in advance. Historically, snow flurries have contributed to major road accidents due to their brief but heavy snowfall rates that suddenly reduce visibility.

Snow shower warnings are issued by the NWS, so it is important to be able to receive these short-term warnings and pay attention to them.

Snowstorms can occur where there is no major, large-scale winter storm, including lake-effect snow events.

Another factor to consider when driving is that bridges and overpasses freeze faster and become very slippery before other road surfaces.

Even light snow can be dangerous. It is important not to focus on specific forecast snowfall amounts, but to consider potential impacts such as wind, ice, and precipitation intensity and duration.

What is freezing rain and sleet?

Determining the type of precipitation during an event can be very difficult as small changes in temperature can have big implications.

Sleet is frozen precipitation that falls in the form of ice granules and accumulates similar to snow. Freezing rain looks like rain, but it freezes when it comes in contact with roads, trees, power lines, and other structures.

The temperature at different levels of the atmosphere determines the type of precipitation that reaches the ground.

Sleet forms when high-altitude snow passes through a warm layer that melts it and turns into rain, but then refreezes into ice pellets as it falls into a deep and/or very cold layer of low-lying air. zero near or just above the surface.

The setting for freezing rain is generally the same as for sleet, except that the warm layer that melts snow into rain is deeper and closer to the ground. As a result, raindrops don’t have time to re-freeze into ice pellets, and instead freeze when they come into contact with objects and the ground.

Snow reaches the ground when no warm layer is present, or when temperatures above freezing are in a relatively shallow layer at the surface.

The difference between watches, warnings and notices

When winter precipitation is a possibility, the National Weather Service (NWS) will issue alerts based on the timing of the threat, as well as the type, amount, and potential impacts of that precipitation.

Winter storm watches are issued when winter weather could be severe within 48 hours. The watches don’t guarantee that significant winter weather will occur, but they do hint at the potential. This includes the possibility of heavy snow, sleet, freezing rain, and lake-effect snow.

It is also important to note that the criteria for what is significant varies by region. A few inches of snow in the Midwest is likely not significant, but those totals are dangerous in areas like the South that are less prone and prepared for snow.

A watch can then be updated to a winter storm warning or winter weather advisory. It can also be dismissed without prompts or warnings if conditions no longer appear to warrant alerts.

Winter storm warnings are issued when a high-impact event is anticipated within the next 12 to 18 hours. Warnings are for heavy snow, sleet, or lake-effect snow and may indicate dangerous and life-threatening conditions.

A winter weather advisory is issued when snow, sleet, or freezing rain is likely to cause a significant inconvenience, but not severe enough to reach the advisory level.

If the combination of snow and wind can meet the blizzard criteria, a blizzard warning is issued. For a blizzard to occur, snow and/or blowing snow must reduce visibility to a quarter mile or less for at least 3 hours and sustained winds or frequent gusts of at least 35 mph must be observed.

An ice storm warning is issued when an ice accumulation of a quarter inch or more is anticipated.

Before a winter storm hits your area, check to see if you have the supplies you need.

Make sure you have flashlights, batteries, extra food and water, medicine, first aid supplies, a battery-powered radio, and a heat source. Remember never to run a generator in an enclosed space.

If you have pets, have extra food, plenty of water, and a warm shelter for them.

When driving in winter conditions, take it easy and avoid stopping suddenly or changing direction.

Before embarking on a trip, check all the fluid levels in your car, as well as its lights and windshield wipers. Keep your gas tank nearly full to prevent ice in the tank and fuel lines. Tell someone about your plans and check the road conditions.

Keep a shovel, sand or kitty litter for traction, windshield scraper and brush, tow rope, tool kit, jumper cables, a compass and road maps in your car in case you get stuck or lost.

Other supplies that are good to have on hand if you are stranded include a phone, charger, batteries, blankets, flashlight, first aid kit, non-perishable food, extra clothing, candles, matches, and a container of water. When going outside in winter, it is recommended to dress warmly in layers.