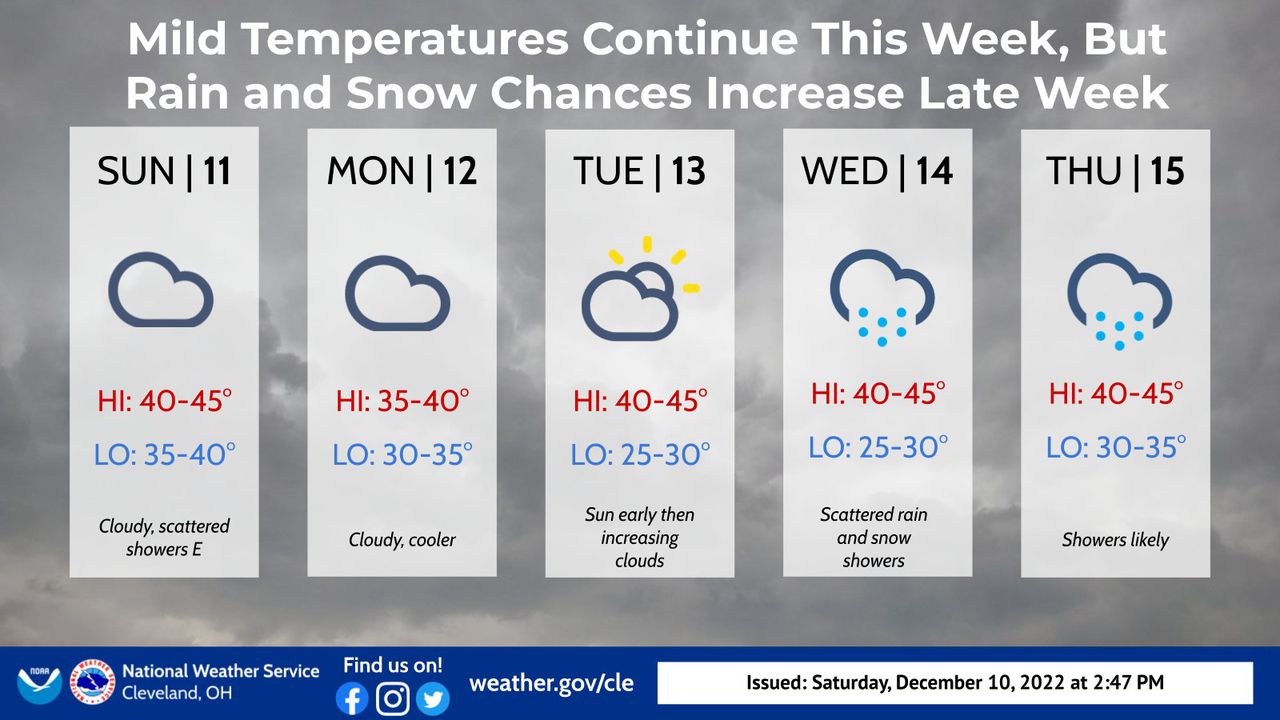 CLEVELAND, Ohio – With Christmas just around the corner, the National Weather Service is predicting cooler temperatures, cloudy skies and an increased chance of snow.

Rick Garuckas of the weather service said he expected temperatures to hit the upper 30s to the low 40s on Monday. Temperatures are expected to warm up a bit on Tuesday as they will settle in the 40s. That will continue through Wednesday and Thursday. By Friday, temperatures will begin to dip into the upper 30s.

Garuckas said he would also expect some snow this week.

“We should be dry Monday and Tuesday,” he said. “But then once we get to Wednesday, we’re going to have a strong low pressure system rising toward the upper Midwest. And that will eventually spread some rain to the area on Wednesday.

“Some rain could mix with some light snow when it starts Wednesday to Wednesday night. We don’t really expect anything major, maybe just a layer here and there.”

By Thursday, there will be showers and light snow could return on Friday. Over the weekend, there may be a chance of light lake effect snow east of Cleveland as highs will be in the 30s.

Garuckas added that there were no areas of concern for residents.