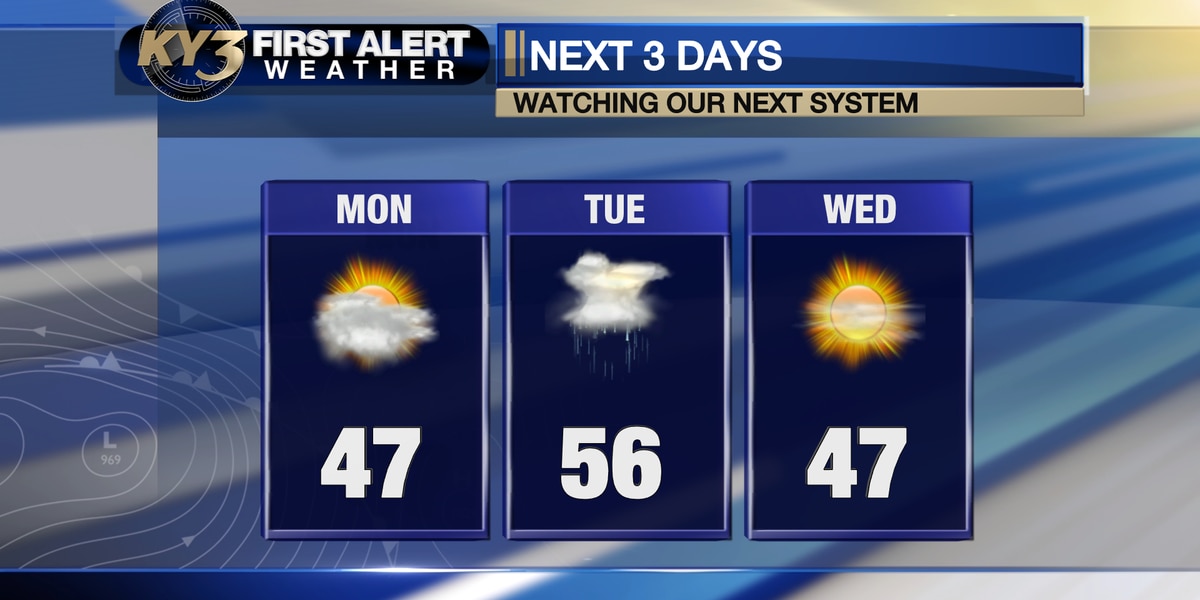 Good morning, and happy sunday! Some areas, mostly north of I-44, are waking up to heavy fog. Visibility in these areas could drop below a quarter mile between now and 9 am A Dense Fog Advisory remains in effect for Vernon, Cedar and St. Clair Counties.

Otherwise, we’re looking at another cloudy day for the Ozarks. Persistent moisture from yesterday will keep sunlight to a minimum and keep temperatures in the 40s and 50s. Lows through tomorrow will once again remain above freezing as winds pick up from the southeast.

Monday’s forecast looks pretty similar to today’s. Morning fog, followed by cloudy skies and highs near 50. The biggest difference will be the winds that will arrive before the next storm system. Winds could gust to over 35 miles per hour Monday night through Tuesday morning.

The system will approach early Tuesday morning with numerous showers and embedded thunderstorms. Although there will be enough moisture and wind shear to create some stronger storms, the low instability will keep that probability low. If something serious develops, it will likely remain in our southernmost counties in northern Arkansas or far southern Missouri. Our main dangers are damaging winds and large hail.

The rain will carry over into Tuesday afternoon. Since it is a relatively short period of consistent rainfall, concerns about flooding in low-lying areas may arise. After that, a cold front comes in, bringing our next big long-term pattern change. High temperatures will only reach 40 degrees on Wednesday, followed by the mid-30s and above for the rest of the week.

A few isolated showers/flurries are not out of the question Thursday, but the drier air coming in will limit that possibility for much of the Ozarks. We remain cold for this time of year through next weekend with lows in the 20s and highs a few degrees above freezing.