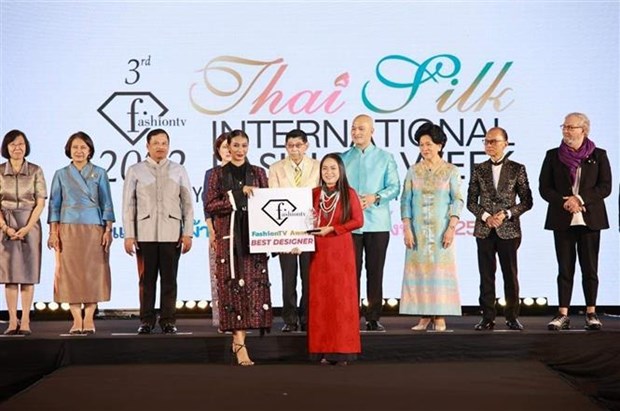 The fashion week that ran from December 6 to 12 is a tribute to the 90th birthday of Queen Sirikit, the Queen Mother of Thailand. It attracted more than 100 designers from Thailand and other countries, with the aim of promoting Thai silk and promoting their cultural exchange and cooperation.

Designer Lan Huong said her collection was inspired by the life cycle of rice and wanted to convey a message of gratitude to mother nature and a call to protect the environment to build a prosperous world where people can enjoy a peaceful life and a peaceful world .

Using Thai silk to make ‘to the day“, the designer also used hand-embroidered patterns such as the terraced fields of Vietnam or the daily activities of mountain people.

Huong said she is happy and proud to bring Vietnamese culture to the world.

As part of the fashion week, a panel of judges composed of well-known Thai designers, artists and cultural officials reviewed and selected 12 outstanding collections for the International Thai Silk Design Competition.