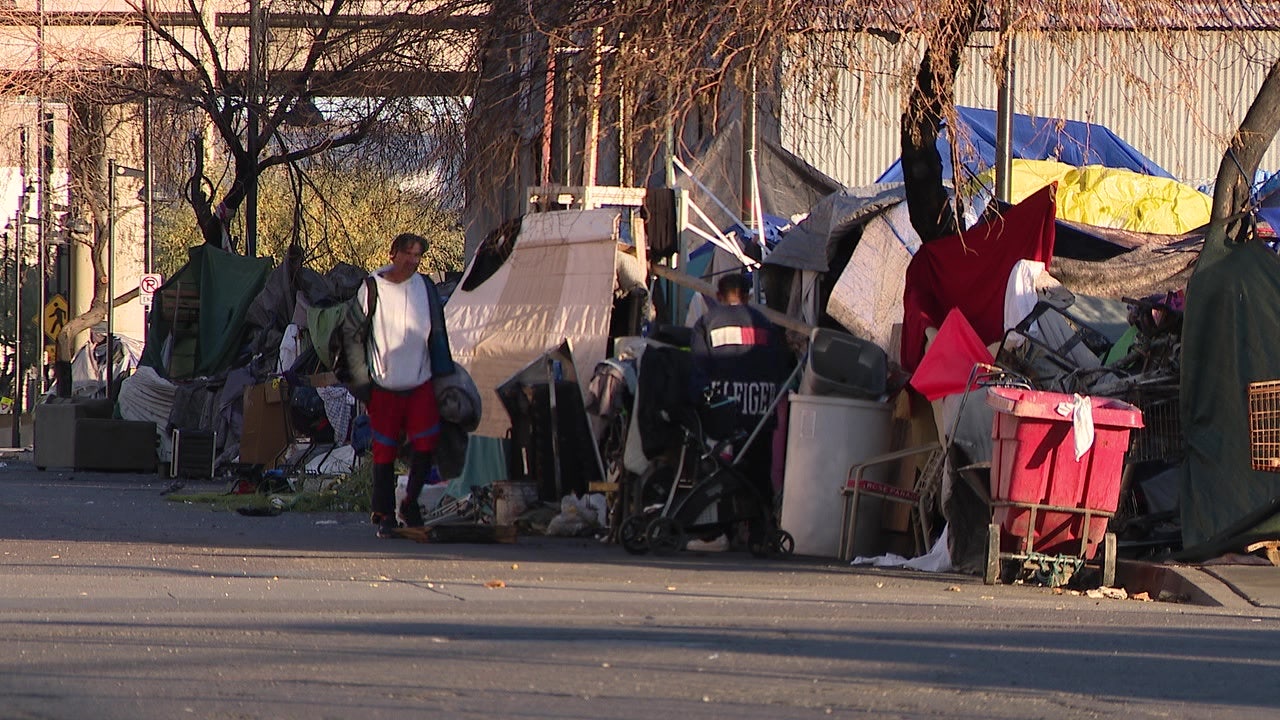 PHOENIX – A Big winter storm hits parts of ArizonaBringing rain, snow, and freezing temperatures means many people are changing their plans, but it also means those without a roof over their heads are looking for ways to stay warm and dry.

when one of the Homeless the shelters did not have enough beds last year, Vicky slept in the street and got sick from the cold.

“It was pretty tough. I ended up sick in the hospital with pneumonia for five days,” she said.

This year, it will be inside the Rest Center and out of the cold.

“I feel safe there,” she said.

YOU CAN FIND MORE INFORMATION ABOUT THE RESOURCES HERE

With a growing homeless population in the Valley, not everyone has a chance to escape the frost.

“Well, what they need most is blankets and pillows,” says Robert Alexander of Bird City Outreach, an advocacy group that distributes food in downtown Phoenix, where many homeless people live.

“There are a lot of people who come here and do what I do, and they are all appreciated,” he said.

Others, like Stacey Champion, help out on their own whenever they see someone in need.

“Just yesterday I dropped off a winter coat and a cold weather sleeping bag and some warm socks for a homeless Vietnam vet who has no shelter…” he said.

With temperatures plummeting, he’s asking everyone else in the community to step up.

“We have an affordable housing crisis. We have more and more, especially seniors, who are on a fixed income, who are ending up on the streets. They’re going to be more susceptible. People here are freezing to death while they’re doing it.” from the heat,” Champion said.

Get those jackets out! Up and down the state, we’re going to see some wet weather and possibly freezing temperatures.

Berridge Nurseries in Phoenix is ​​preparing for a cold-weather visit, and the workers there suggest you do the same. FOX 10’s Marissa Sarbak has the story.

‘City of a Thousand’: A Deep Dive Into Metro Phoenix’s Homeless Crisis

One of the largest homeless encampments in the United States is located in downtown Phoenix and is known as ‘the Zone’. In our special report, FOX 10’s Justin Lum brings various perspectives, from homeless people to service providers asking elected officials for more resources with proposed short- and long-term solutions.