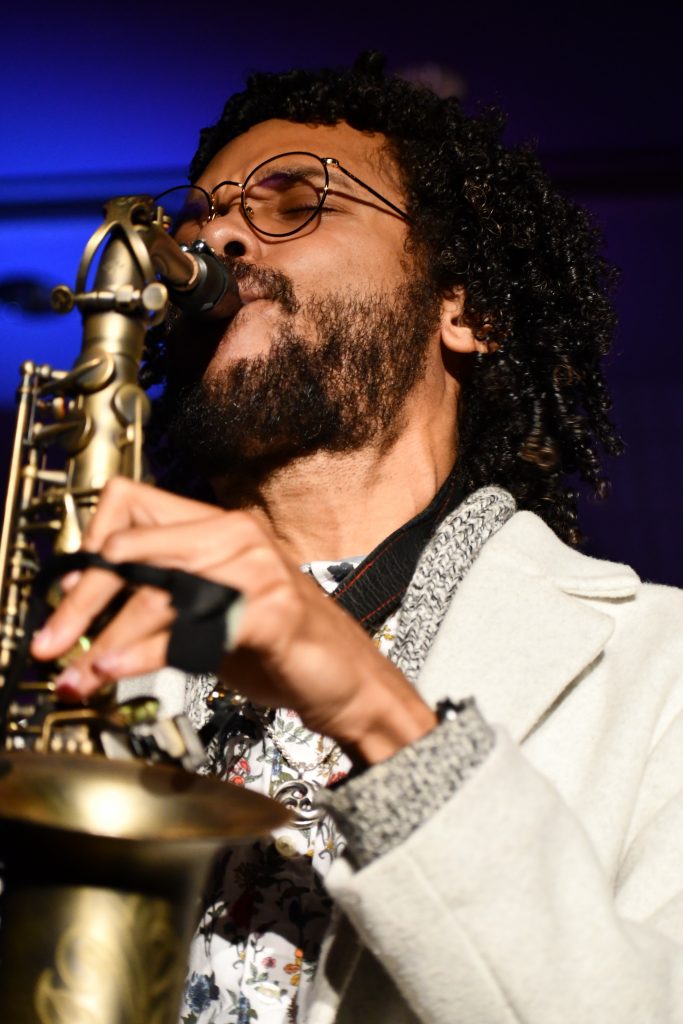 Students gathered in the Trabant Student Center to see the student-style outfits inspired by this semester’s issue, following the “New York Minute” theme. The looks were meant to exude maximalism and promote the idea that in New York City you can be whoever you want to be.

UDress, a registered student organization (RSO) on campus, launches a themed magazine each semester in collaboration with a fashion show to celebrate the launch of each issue. In addition to featuring the latest fashions, the show included performances by Impact Dance Team, Happy Camper Band and Khari Hayden.

According to the members of UDress, this issue of the magazine is like no other, pushing the boundaries of what they have done in the past.

“With the rise of social media platforms like TikTok, people [in our generation] they’re sharing their creative visions and there’s a lot more thought put into these ideas,” said Spencer Lawson, a member of the UDress beauty team. “We’re doing things we never would have thought of before; like if New York Minute was the theme four years ago we would never have done a photo shoot at ACME with bright blue eyeshadow and a crazy pink tulle dress.”

UDress challenges the typical commentary college students are seeing in the media today about fashion, beauty and culture, according to Ava Charlesworth, editor-in-chief of UDress. Articles in the fall magazine range from more light-hearted pieces about how to build a capsule wardrobe after college to more serious pieces about how some popular beauty trends can be problematic for certain groups.

“I think first and foremost we can write about things that college students care about. We’re related to culture and fashion, but we can talk about a lot of social issues,” said Charlesworth. “It’s different from reading Vogue or something because UDress is more student-centered, and I think that’s really unique.”

In addition to being able to discuss student-related trends and issues, UDress members conduct photo shoots based on the stories the writers come up with, encouraging the creativity of everyone who works at the magazine.

“I think honestly it’s just an explosion of creativity […] People are less afraid to do something that’s completely different, and that’s why I think UDress itself is unique and we’re making our way to become more and more unique as the years go by,” said Lawson.

For many members, UDress is much more than a fashion publication, but a place to express your creativity and feel welcomed by your peers.

“Countless people have said they don’t feel like they fit in at Delaware, whether it’s their sexual orientation or their race or how they identify, but UDress is a safe haven for creativity and friendship at UD,” said Charlesworth.

Making friends and connections is what many members appreciate most about being a part of UDress during their time in college.

“It’s really amazing to connect with people on campus who are interested in fashion,” said Alyssa Merlino, director of style at UDress. “They worked with a lot of friendships [the models] and the other members of the executive board, so working with everyone is amazing.”

UDress members not only foster fruitful relationships with each other, but with industry professionals through multi-brand partnerships. This semester, the program was sponsored by Banana Republic, PATCHEDDUPP and Bead Happy.

“I think it’s really great to have people of our age involved in this collaboration [with Banana Republic]especially since many of us are fashion specialists and we get more insight into the industry by working with industry professionals,” Lawson said.

One of the main goals of this semester’s number of magazines and fashion shows was to be inclusive for everyone, regardless of race, nationality, sexuality and ability. This ensures that everyone feels welcome and can see someone like them represented in the fashion space, according to Marcaela Allen, model coordinator at UDress.

“Showing people of all shapes, sizes, colors, genders and gender identities was the main thing for me,” Allen said. “So with this show, we have students of many nationalities and races as well as different abilities by bringing Runway of Dreams models to campus.”

Runway of Dreams is a national non-profit organization that has an RSO on campus. They work towards a future of inclusion, acceptance and opportunity in the fashion industry for people with disabilities.

According to Merlino, many members of UDress are very proud of the work they put into the magazine and the show, as well as being able to express the beauty of a “New York minute.”
“I’m really excited to see all the hard work come together in the magazine and the show,” Merlino said. “Everyone’s styles are so different and diverse and that’s the beauty of ‘New York Minute,’ it really could be anything.”