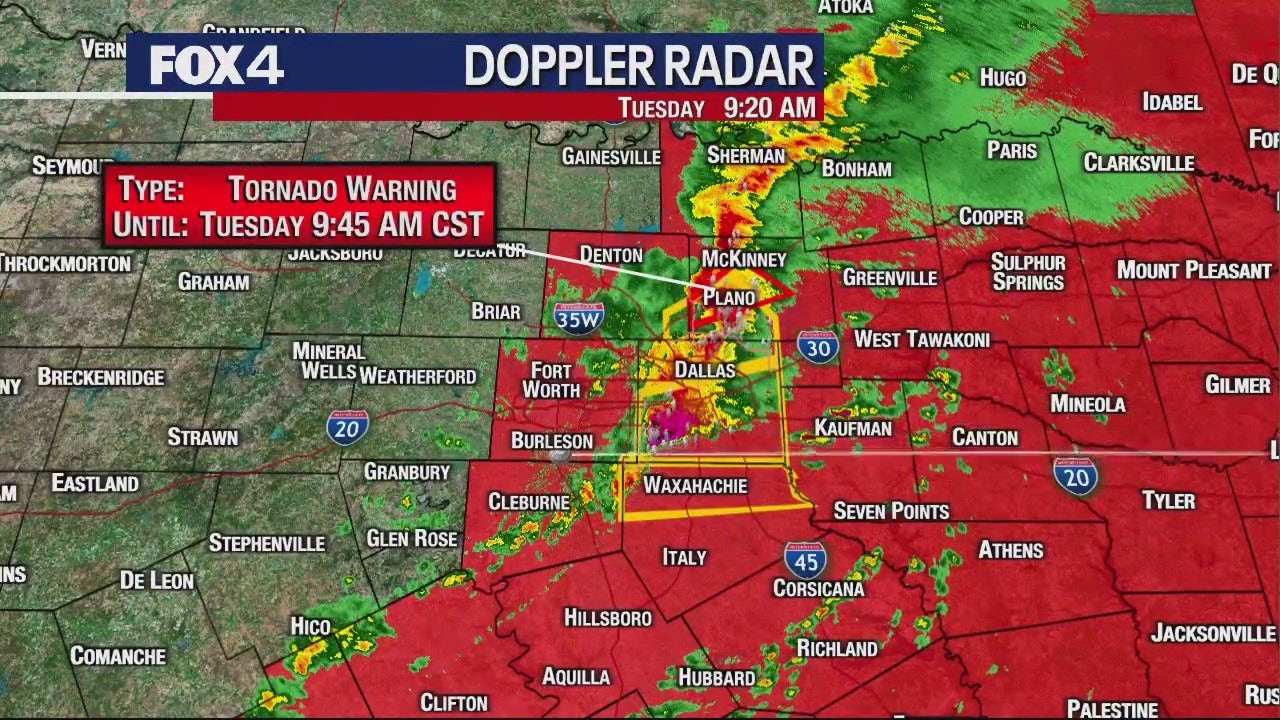 A squall line is moving across North Texas and is expected to bring gusty winds, chances for hail and even tornadoes.

A tornado watch is also in effect for most of North Texas until 11 a.m.

The FOX 4 Weather team continues to monitor for severe storms with some rotation and suspected tornadoes.

At least one tornado was reported near Decatur with possible injuries and several homes destroyed. 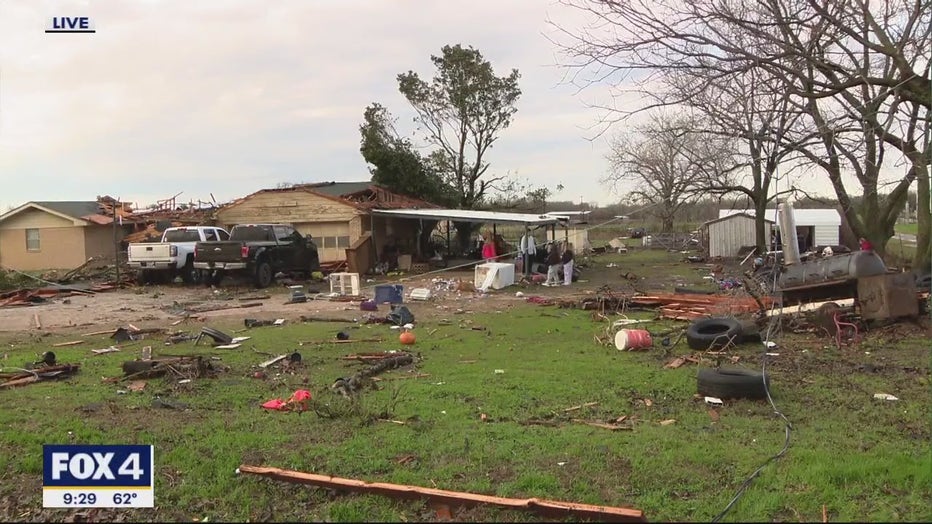 FOX 4 viewer Darrell Barton shared a video of the funnel cloud appearing to touch the ground at times.

Tornado caught on video near Decatur

Decatur is just one of many areas reporting possible tornadoes and damage from this morning’s storms.

Winds were also strong enough near Interstate 20 at Dennis Road in Weatherford to overturn an 18-wheeler and knock out a TxDOT camera.

People in the White Settlement and Sansom Park area reported seeing rotation and debris from a possible tornado. Radar at the time seemed to confirm that threat.

A possible tornado was detected at the Naval Air Station Reserve Base in Fort Worth. 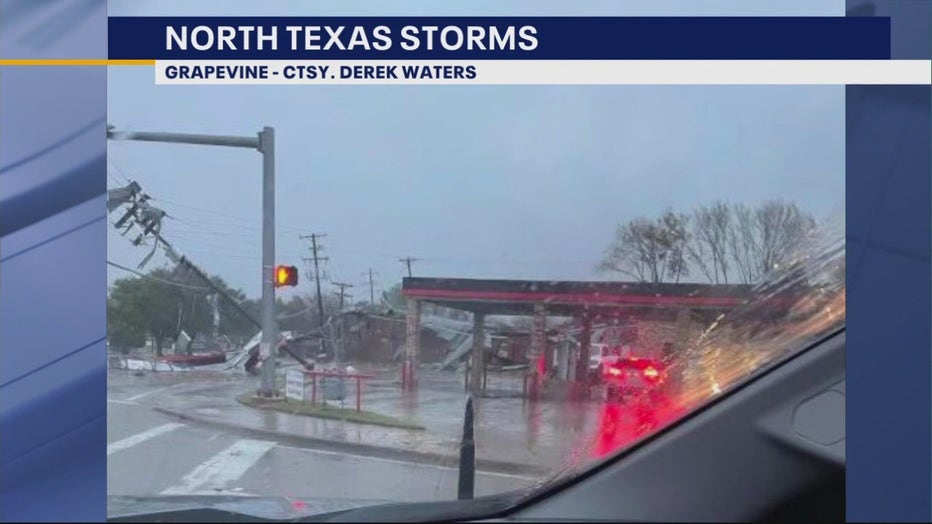 When will you come to my house? 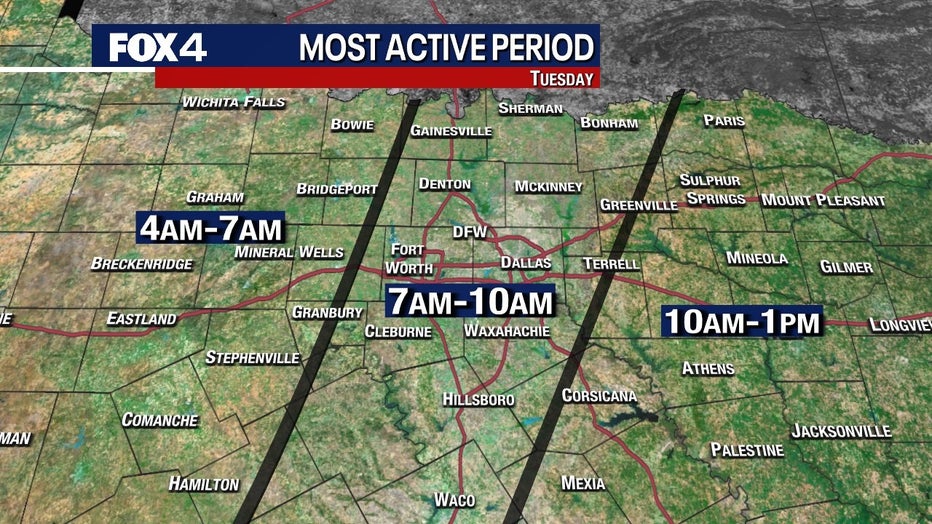 The most active period for the weather in North Texas began around 4 a.m. for people living west of the Metroplex.

The busiest weather period for the Dallas-Fort Worth area will be from 7 a.m. to 10 a.m. 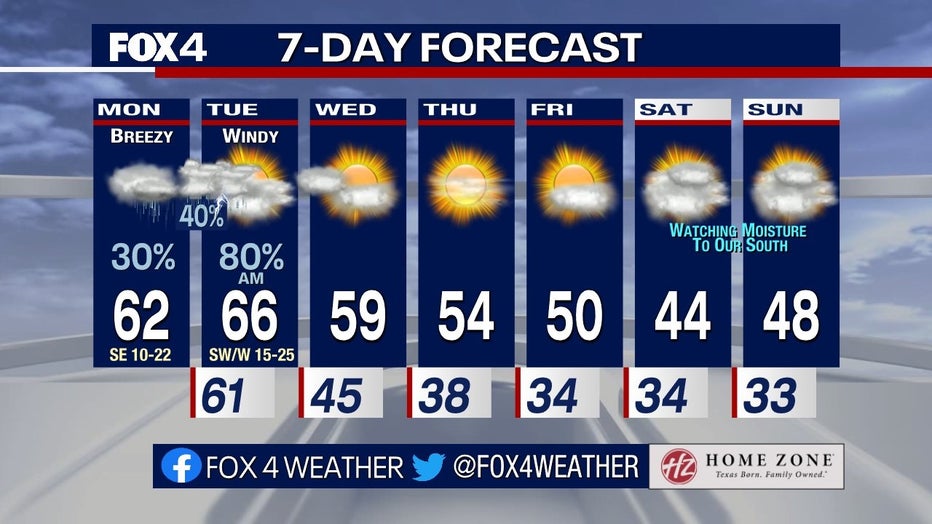 Things will finally start to feel more like December this week.

Temperatures will drop to the 50s by midweek before dipping to the 40s over the weekend.

Low temperatures will be in the 30s starting Thursday, so bundle up!