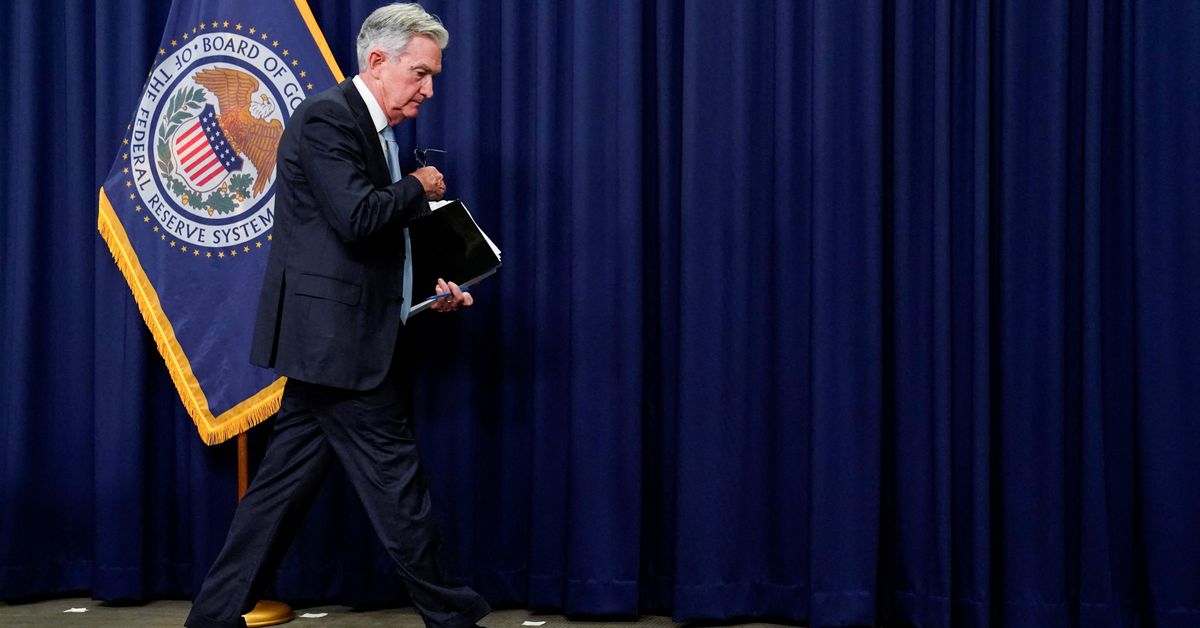 WASHINGTON, Dec 12 (Reuters) – After inflation caught up last year due to a policy shift necessitated by relentlessly rising prices, the U.S. central bank now faces a more subtle assessment of whether the economy is strong enough to navigate through even higher interest rates or it is on the verge of collapse.

Financial markets and professional forecasters seem primed for the latter. US investors from crypto rebels to index fund stalwarts have lost more than $8 trillion this year as markets dried up on the Fed’s fastest rate hikes in 40 years; bond markets seem convinced a recession is coming; economists polled by Reuters and others agree.

But this seemingly stressful environment also maintains record low unemployment rates for Latinos and near record lows for blacks. Wage gains are strong and consumption, the mainstay of U.S. economic growth, continues to rise even after adjusting for inflation.

Many factors affect when and if an economy will fall into recession; but this will always involve rising unemployment and falling consumption.

“The economy has never been more unloved than it is now,” Bob Schwartz, senior U.S. economist at Oxford Economics, wrote in a recent analysis that outlined the “bipolar” circumstances that Fed officials will dissect at their two-day policy meeting this week.

Consumer sentiment is down, worse than when the pandemic hit the economy, but bank accounts and spending remain healthy; manufacturing is contracting, but the service sector is roaring ahead with monthly job and wage growth to prove it; there is some evidence that inflation is easing, with gas prices where they were a year ago, but it is still higher than many have seen in their lifetime and continues to strain household budgets due to rising food and other expenses.

There is enough evidence of weakness to fuel the narrative of an imminent recession.

“It’s probably starting now,” said Dana Peterson, chief economist at the Conference Board, citing a steady decline in the business group’s list of leading economic indicators this year and a near-unanimous feeling in a recent CEO survey that a recession is coming.

There is also enough evidence of strength to tell a story of continued growth.

“There are signs of a cooling labor market — slightly eroding, certainly not bursting … It doesn’t look recessionary,” with steady job gains of more than 250,000 a month and chronic understaffing in some industries, said Guy Berger, chief economist for LinkedIn.

Fed officials will receive new consumer price data when their meeting begins on Tuesday, which they hope will point to a further slowdown in price growth after annual inflation fell below 8% for the first time in eight months in October.

They telegraphed that they plan to keep raising interest rates for now as they try to cool the economy and hold down prices. But they also plan to move with smaller steps. After a series of big rate hikes of three-quarters of a point this year pushed the target rate from near zero in March to a range between 3.75% and 4%, US central bankers are expected to halve the rate over two years . daily meeting that ends on Wednesday.

The new policy statement will be released at 2:00 PM EST (1900 GMT) and Fed Chairman Jerome Powell’s press conference is scheduled for 2:30 AM.

The decision to move in smaller steps is both an acknowledgment by Fed policymakers that they may be close to a stopping point after this year’s aggressive rate moves, and that every step from here increases the risk of going too far.

To this day, Fed officials do not believe they overreached.

“For all the talk of the economy collapsing and the financial markets collapsing, he hasn’t,” Governor Christopher Waller said of the Fed’s change in monetary policy this year, the most aggressive since former Fed Chairman Paul Volcker battled a worse burst of inflation in the 1980s.

That doesn’t mean it won’t. Along with the latest rate decision, the Fed will provide updated projections on Wednesday about how senior officials think interest rates should move, how long they will stay there and how the economy will respond. It’s an outlook that will show whether the central bank still believes it can lower inflation without seriously damaging the labor market and set the tone for the US economic debate in the early stages of the 2024 presidential campaign.

Bond investors appear to have already bet, and interest rate yield curves have “inverted,” traditionally seen as a sign of an impending recession.

Economists in separate polls by Reuters, the National Association for Business Economics and the Philadelphia Federal Reserve forecast near-zero growth for 2023 and a high probability of an outright decline.

Whatever happens, NABE’s panel of 51 professional forecasters said, the Fed will be in the spotlight.

“Two-thirds of panelists indicate that the biggest downside risk to the US economic outlook through 2023 is ‘excessive monetary tightness,'” the group said. “The biggest upside risk is also related to monetary policy actions,” if the Fed steers the economy toward the desired “soft landing” that avoids recession.

Either way, 2023 will likely tell the story.

Powell declined to give an outcome, saying only that a soft landing remains “likely.”

It will depend on how inflation develops. Events such as falling rents hinted at the prospect of disinflation. It will also depend on how the labor market adjusts, either marginally, with slower hiring and wage growth, or essentially with layoffs large enough to push the unemployment rate significantly higher.

Some, like Berger, insist there is a way through.

“If the optimists are right, we have an adjustment in the labor market, the Fed is happy with where inflation is going, and they stop pushing the brakes so hard,” Berger said. “It’s within the realm of possibility.”

Covering the US Federal Reserve, monetary policy and the economy, he is a graduate of the University of Maryland and Johns Hopkins University with prior experience as a foreign correspondent, economic reporter and local staff member of the Washington Post.