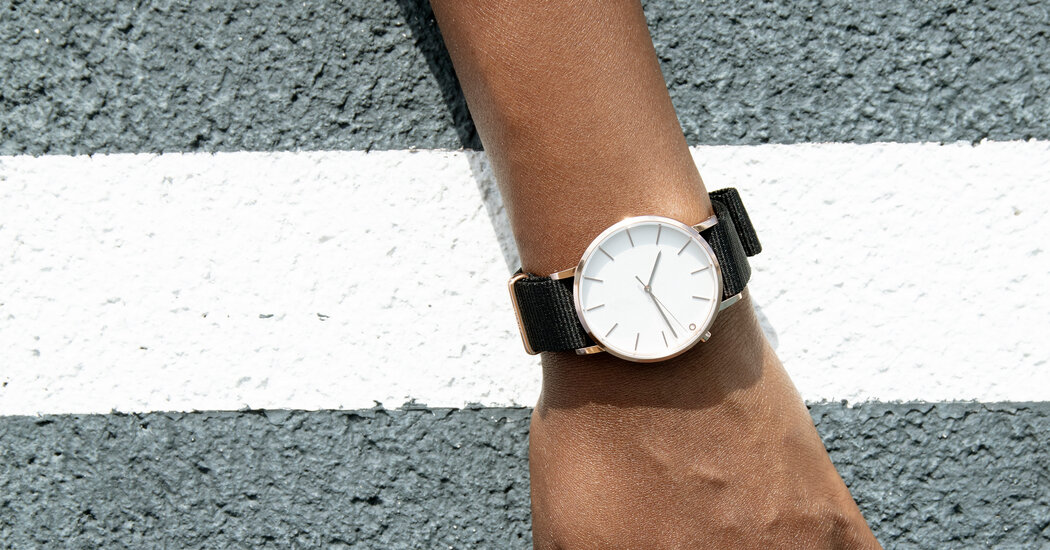 Watching the 2016 apocalyptic documentary “Before the Flood,” starring Leonardo DiCaprio, was a turning point for Samuel Leroux and Alexandre Desabrais.

As business students at HEC Montreal, a prestigious business school in Quebec, the two men teamed up for a university entrepreneurship competition and had been thinking about going into business together when the climate change documentary shifted their focus.

“We realized we wanted to do something to improve people’s consumption habits, to have a positive impact,” Desabrais, 30, said in a video call from Solios’ new office and manufacturing center in Le Sud-Ouest, a district from Montreal. “Being watch fanatics, we knew the industry was really conservative.”

After graduation, the men worked in finance to gain experience and used their vacation time to go on research trips to see industry centers such as Japan, Hong Kong, France, and Switzerland. “I think being French Canadian helped us a lot because French is a pretty important language in the watch industry, and being Canadian in this industry is pretty new,” said Leroux, also 30.

Conversing fluently with watchmakers in a shared language also helped them get straight to the point. “The watchmakers in Switzerland assumed we were there for the ‘Swiss Made’ movement,” Leroux said. “But we told them, ‘We’re here because you have the expertise to create a watch that would have a much smaller impact on the environment.’ But you’re just not using your abilities to do it!’” (The couple eventually sourced quartz movements from Epson, a Seiko company in Japan).

For 2019, the partners decided on their product offering: solar-powered dress watches for men and women that would sell for $300 to $350, be slim and stylish, and made from as much reused and recycled material as possible. Materials now include vegan leather, certified recycled stainless steel and an innovative transparent biopolymer watch face that allows sunlight to reach the solar cell.