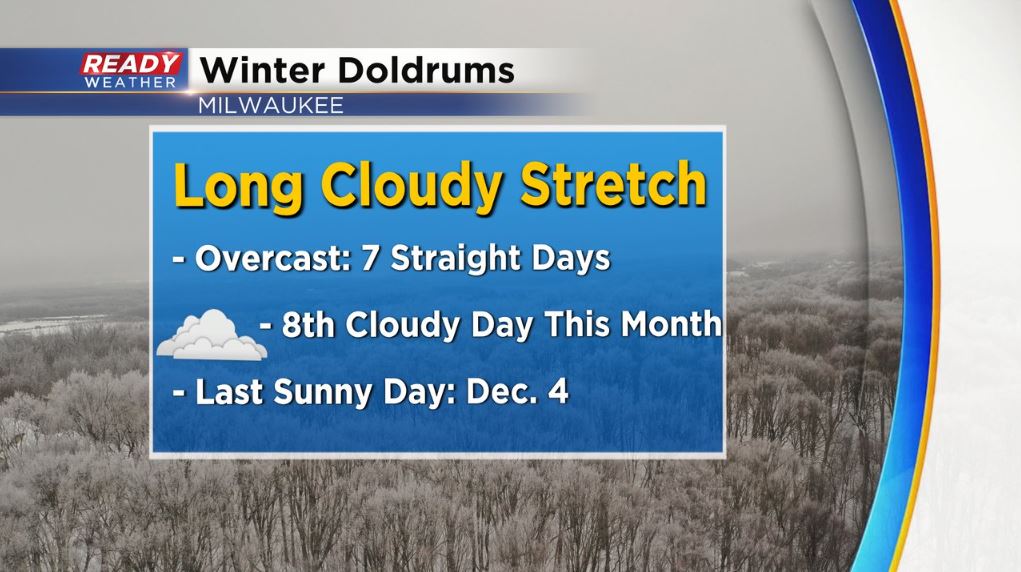 After a shower of 1-4″ snow on Friday, we were gloomy the rest of the weekend. It’s been very difficult to get any sun the last week and not only has it been mostly cloudy with patchy blue skies, it’s been completely cloudy.The last seven days in a row we have had completely cloudy skies and just 11 days in December we have already had eight cloudy days.The last time we had good sunshine was this past Sunday December 4th! 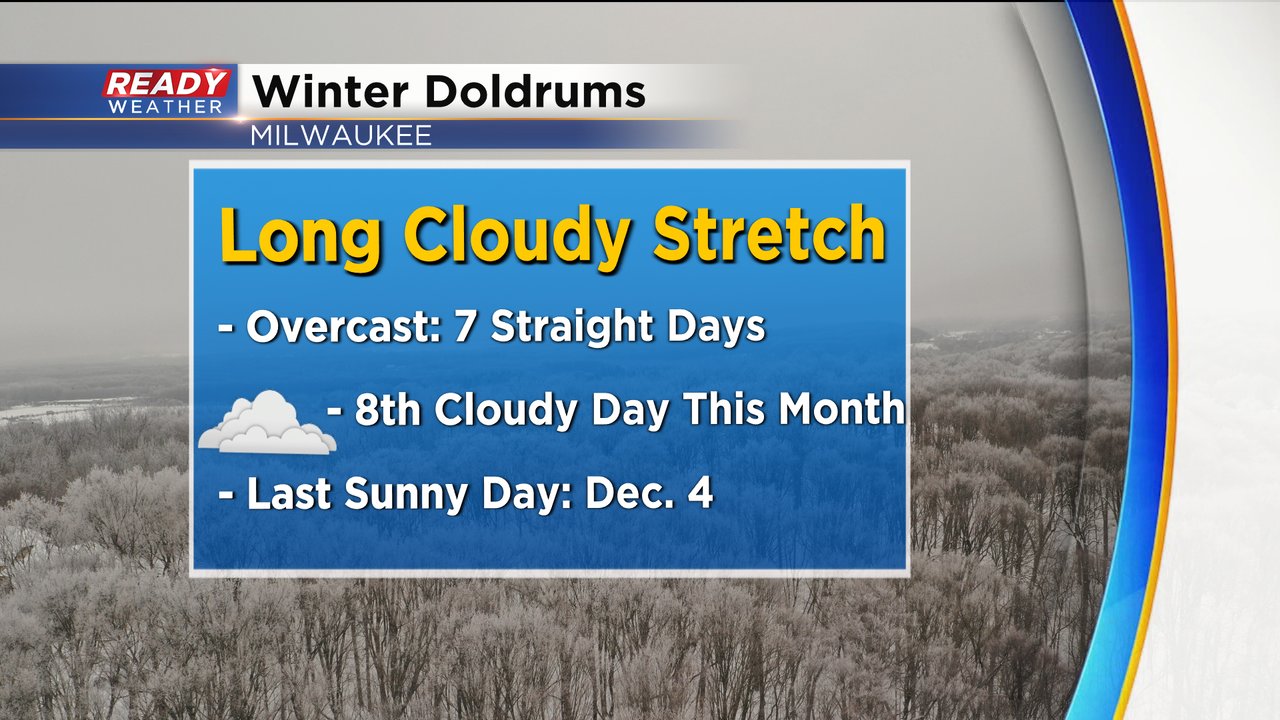 There is good news with our sunrise and sunset times. Sunset on Monday will be at 16:16 and on Tuesday sunset will be a little later at 16:17. We still lose daylight until December 21, as sunrise gets later, but seeing the sunset a bit later is a sign of better days to come! 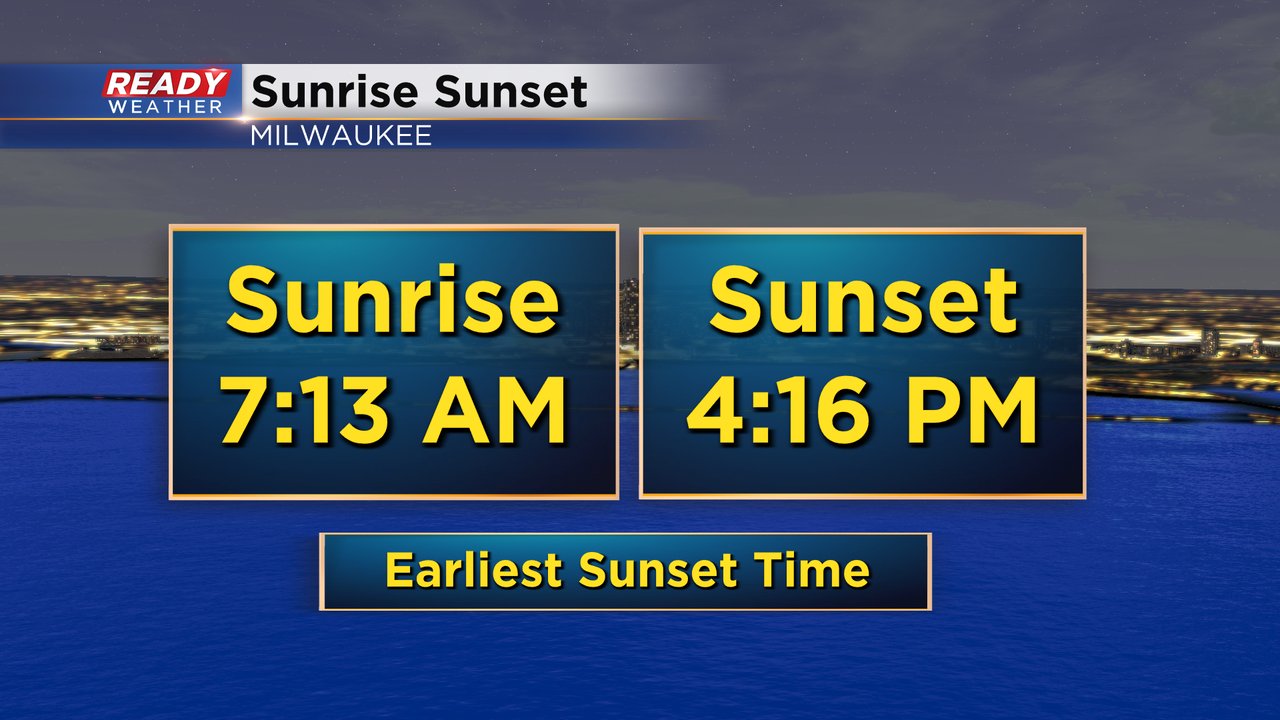 Once again, don’t expect much sun this week. We remain mostly cloudy Monday, then a large, long-lasting storm system will roll in Tuesday night with clouds to last through the weekend. There are no sunny days in the current forecast. 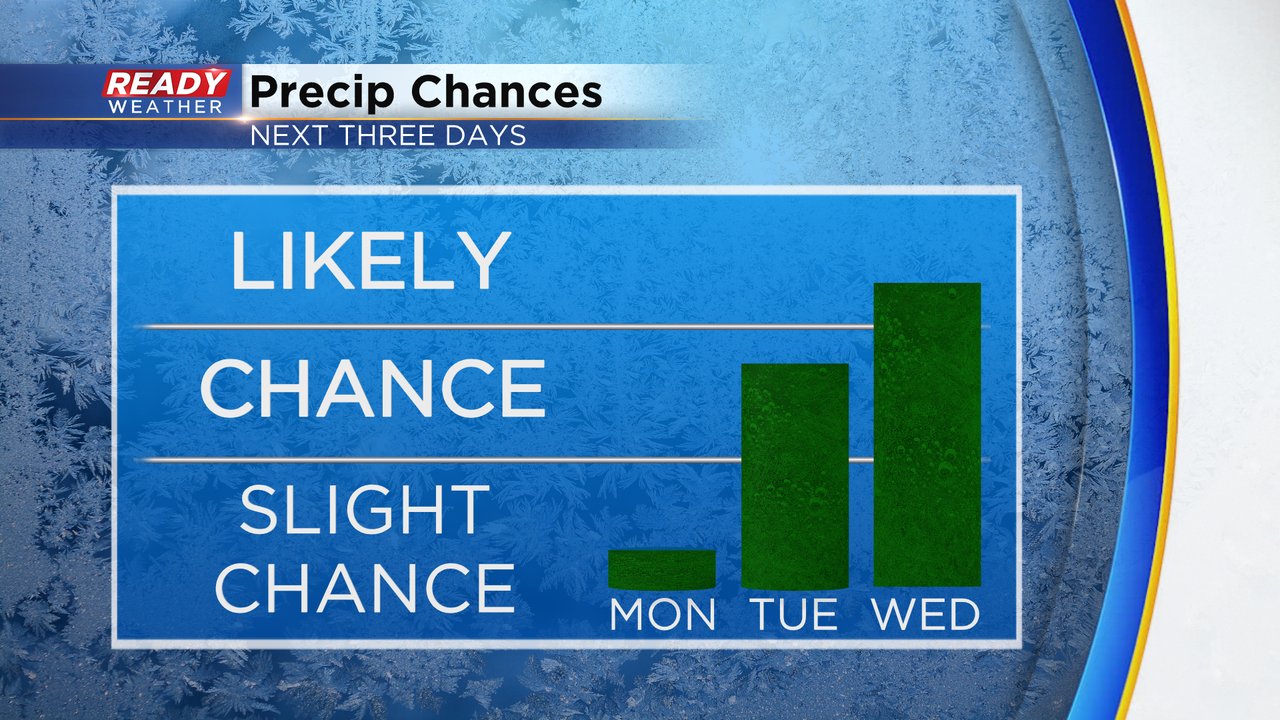 Download the CBS 58 Ready Weather app to track any sun.