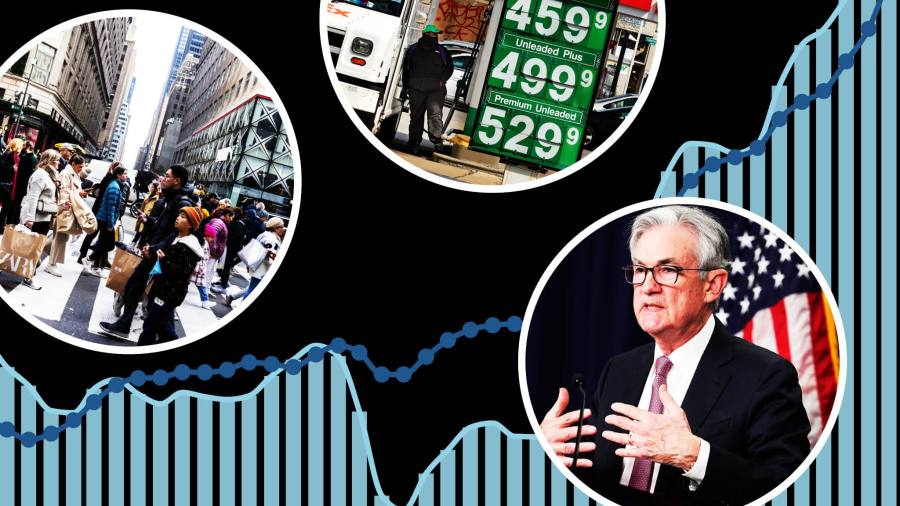 A further drop in US inflation on Tuesday and more modest rate hikes by the world’s major central banks later in the week will set the tone for a new chapter in the global economy.

Headlines for inflation in most economies will continue to improve in the coming quarters as the spike in energy and food costs that occurred in 2022 falls out of annual calculations.

But monetary policymakers at major central banks will worry that price rises will continue faster than they would like – and will remain open to further rate hikes to show they are serious about returning inflation to pre-coronavirus levels.

Silvia Ardagna, chief European economist at Barclays Bank, said: “Inflation is easing and the pace of interest rate hikes is lower, but central banks will still raise more than [the 0.25 percentage points we have been used to] historically.”

Jennifer McKeown, chief global economist at Capital Economics, said that while inflation was likely to fall “significantly lower” next year, there were big questions about whether price pressures would ease in line with central banks’ targets of around 2 percent.

In the eurozone, core inflation – which excludes changes in energy, food and tobacco prices – remained at an all-time high of 5 percent in November. In the US, the core measure fell just 0.3 percentage points to 6.3 percent in November, from a 40-year high last month.

Nathan Sheets, Citi’s global chief economist, said persistent inflation in the services sector, combined with sustained, albeit slower, interest rate rises and an ongoing recession will be “bad news for next year”.

Maintaining monetary tightening is expected to prove an increasing communication challenge for central bankers as economies on both sides of the Atlantic shrink – in part because of the jump in interest rates that central banks have reached in 2022.

Officials now appear to be more attuned to the risks of squeezing the economy too hard. Jay Powell, the chairman, said the Federal Reserve will do whatever it takes to bring inflation back to its long-term goal of 2 percent, but the central bank does not want to cut demand too much and push the U.S. economy into recession.

“My colleagues and I don’t want to tighten too much,” he said at an event hosted by the Brookings Institution think tank late last month.

However, the risk of inflation stalling at levels much higher than 2 percent will lead the Fed to raise its benchmark interest rate by half a percentage point on Wednesday.

The decision, which will raise the federal funds rate to a target range of 4.25 to 4.5 percent, came after four consecutive hikes of 0.75 percentage points.

Investors betting that the Fed could cut rates in 2023 are likely to lose hope, despite a slowdown in interest rate growth. Fed officials said interest rates will remain at “elevated levels” throughout next year.

Other major central banks, including the Bank of England and the European Central Bank, are also expected to slow their rate hikes later this week – while remaining serious about controlling inflation.

The BoE is expected to raise interest rates by 0.5 percentage points to 3.5 percent on Thursday, signaling that the battle against rising prices and wages is not over.

Several members of the ECB’s board of governors have said in recent weeks that they expect to agree on a 0.5 percentage point on Thursday, not least because the bloc’s economy is on the brink of recession and interest rates are already at their highest level since financial year 2008 .crisis.

The decision followed two consecutive increases of 0.75 points, which brought the interest rate on deposits to 1.5 percent.

Observers also expect ECB President Christine Lagarde to reject the idea of ​​keeping interest rates at the 2 percent level they are likely to reach this week. “A drop to 50 basis points next week is likely to be associated with a clear message that tightening is not over,” said Sven Jari Stehn, chief European economist at Goldman Sachs.