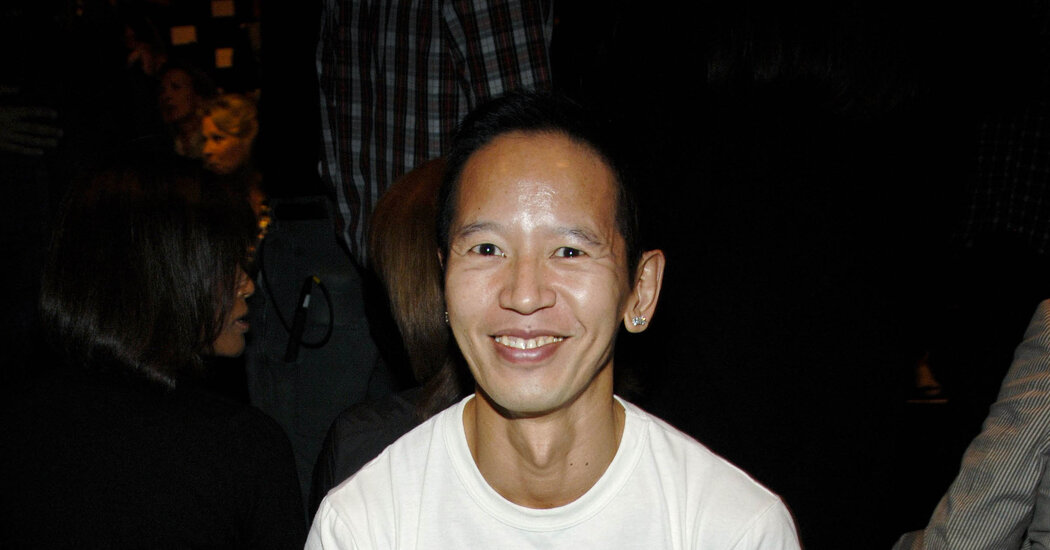 If the perspective of Mr. Nguyen was constantly an outsider, few in the fashion world were more ubiquitous than him on the front rows of New York, Paris and Milan. The breadth of connections made over the years was on full display one evening in early November, when friends gathered on the terrace of a penthouse suite at Manhattan’s Maritime Hotel to remember a man many felt they knew intimately, through daily bombings of text e-mails and phone calls, noodle lunches convened at Vietnamese favorite spots in Paris or on Baxter Street in Chinatown, and yet, importantly, no.

Senior PR managers from Balenciaga, Max Mara, Louis Vuitton and Hermès were gathered that night; agency heads; model explorers; the best stylists; and fashion editors are rarely seen together voluntarily in one place. Also there were seasoned fashion watchers: Booth Moore, the West Coast executive editor of Women’s Wear Daily, and Robin Givhan, the critic-at-large for the Washington Post.

While the tone of the night was inevitably regretful, there was levity, too, and when Nate Hinton, already referred to in The New York Times as the most powerful black PR executive in fashion, talked about collaborating with Mr. Nguyen on menswear. shoot Flaunt, it was with a laugh. “That shooting almost got me fired,” he said.

In those days, Mr. Hinton worked as a fledgling publicist handling menswear at Prada. “There was a collection of bright colors,” he said. “Long called and said, ‘We’re going to shoot all this on black people. They’re the only ones who will look good in the clothes.'”

The resulting pictorial, magnificently shot on stairs in Harlem, covered more than 12 pages of the magazine and was in many ways typical of Mr. Nguyen’s vision of fashion, in which inclusion was neither a gimmick nor a revisionist editorial strategy. “I was very excited,” Mr. Hinton said. “But when I showed it to the company, the reaction was, ‘You didn’t get permission for that.'” Still, as he said later on the phone, “I don’t regret doing it.”