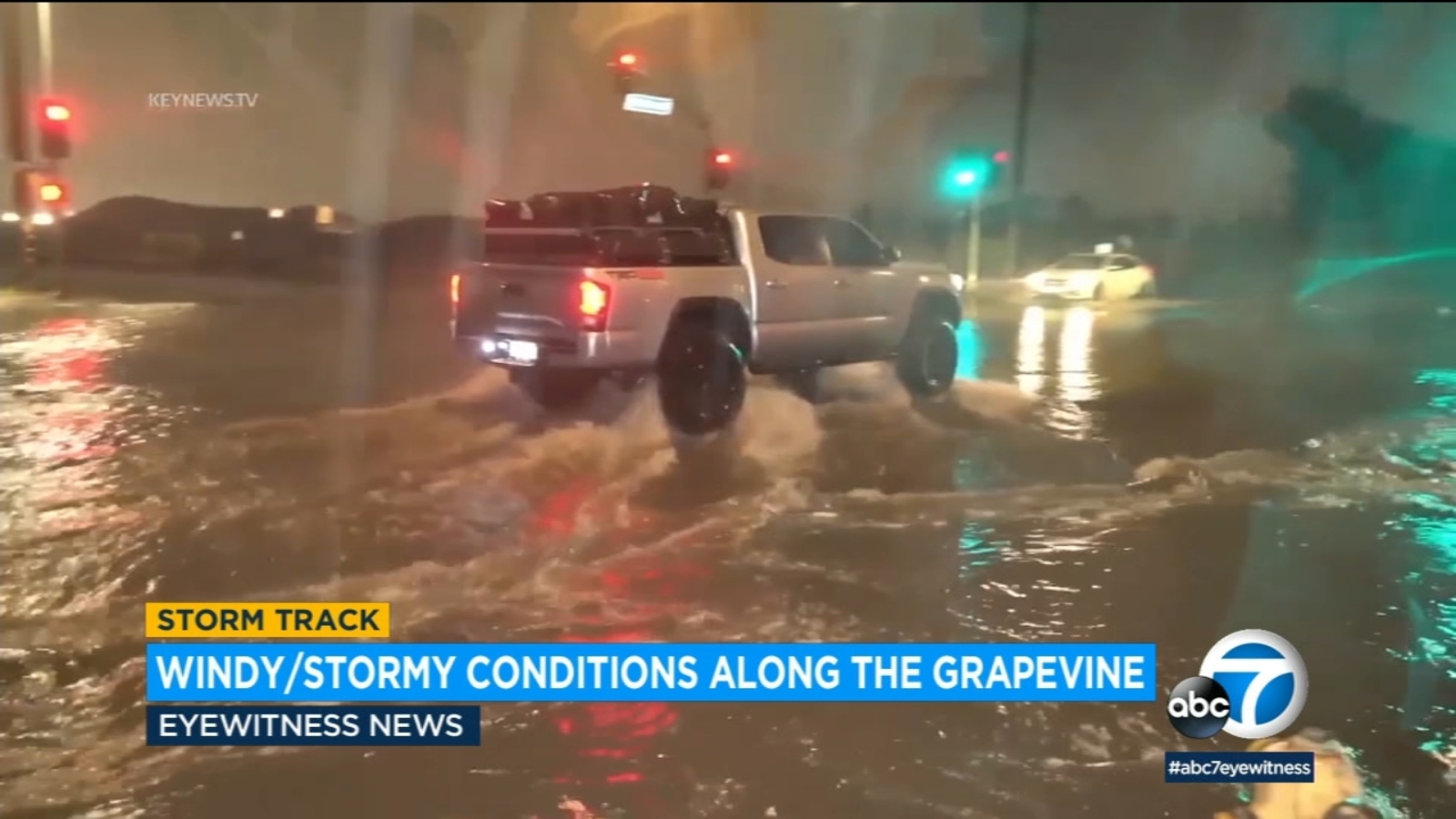 GRAPEVINE, Calif. (KABC) — The National Weather Service has warned of a cold “atmospheric bowling ball” that will deliver a “pump” of snow as it crosses the Grapevine overnight into Monday, and drivers are on high alert.

The Los Angeles County Department of Public Works reported Sunday morning that Lake Hughes Road, between Pine Canyon and Dry Gulch roads in Lake Hughes, was closed due to mud and debris on the road. The department was asking the public to avoid the area and use alternate routes.

Heavy rain was falling in the northern San Fernando Valley, where CHP was at the scene of a large truck accident on northbound I-5 at Sheldon Street in the Sun Valley area. The vehicles involved in the accident were cleared around noon, but both sides of the freeway were flooded by 12:30 p.m. on the south side with the left lane open.

Caltrans had their pumps on the scene trying to clear the water.

In Orange, firefighters and paramedics pulled a man from the river during a quick water rescue in the area of ​​the Santa Ana River and Garden Grove Boulevard. He was taken to a hospital for follow-up care.

“We got significant rain over our mountains last night and are beginning to see a response in our major local rivers. Not enough to reach monitoring or flood level, but finally seeing some flow,” the Los Angeles National Weather Service office tweeted. Angeles at 8:33 am

Forecasters said heavy downpours and small hail were possible in some areas through Sunday night.

Angeles National Forest said trails in the forest could be very slippery and/or closed due to rain or snow. Snow chain or tire requirements may be in effect.

The storm is expected to pass through the area on Sunday night. Some persistent showers will be possible Monday morning, mainly in mountainous areas, forecasters said.