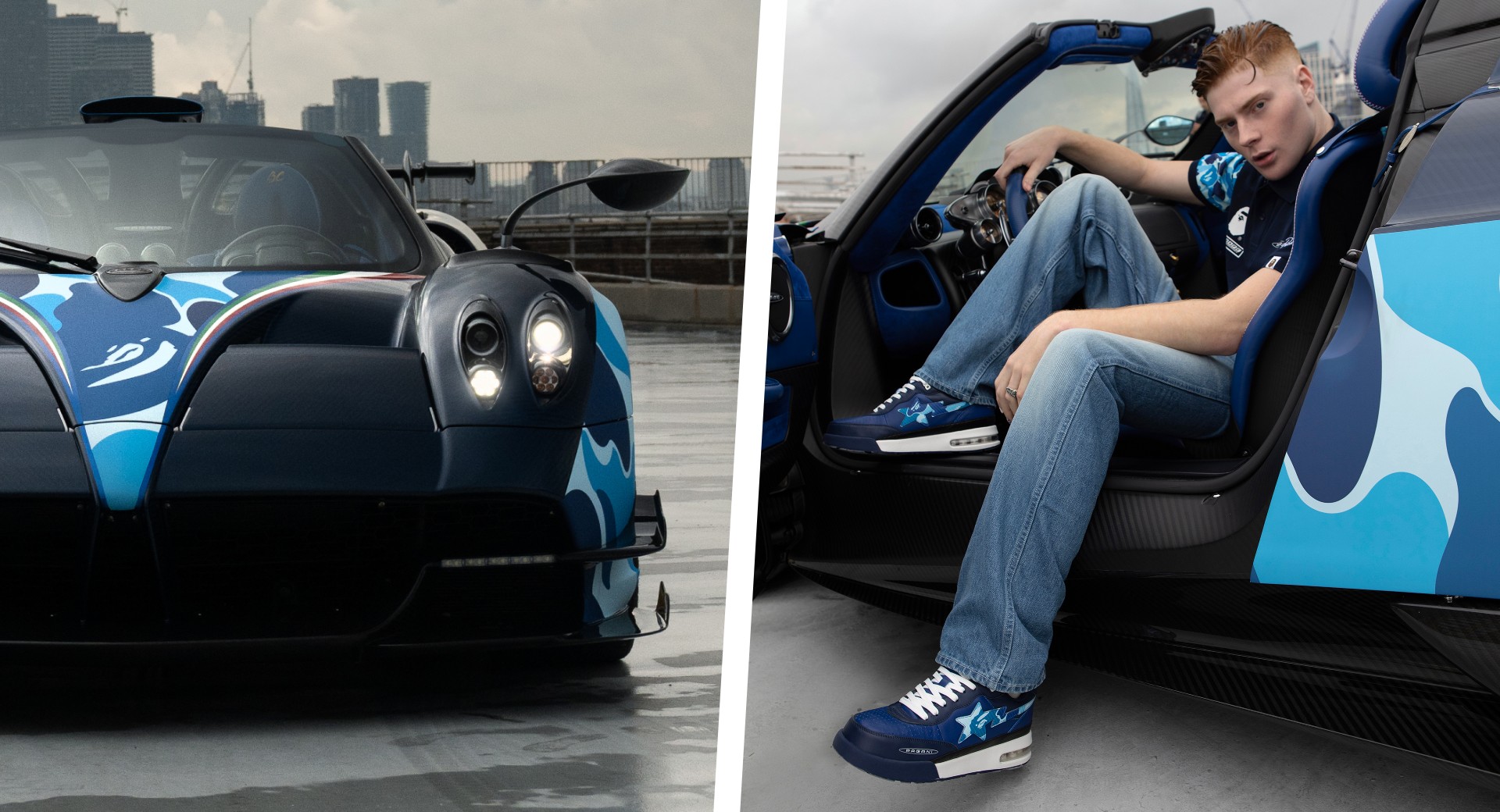 Pagani has teamed up with Japanese fashion brand BAPE to offer a new limited edition clothing line. The launch of the ‘capsule collection’ in London was joined by a bespoke Pagani Huayra BC Roadster dressed in BAPE colours, built at the request of a client.

The clothing collection includes a t-shirt, a polo shirt, a zip-up jacket, sneakers, a cap, an aluminum key chain with the figures of Horacio Pagani and a jumpsuit. The blue-themed designs feature the Japanese brand’s camouflage print, along with Pagani and BAPE branding. 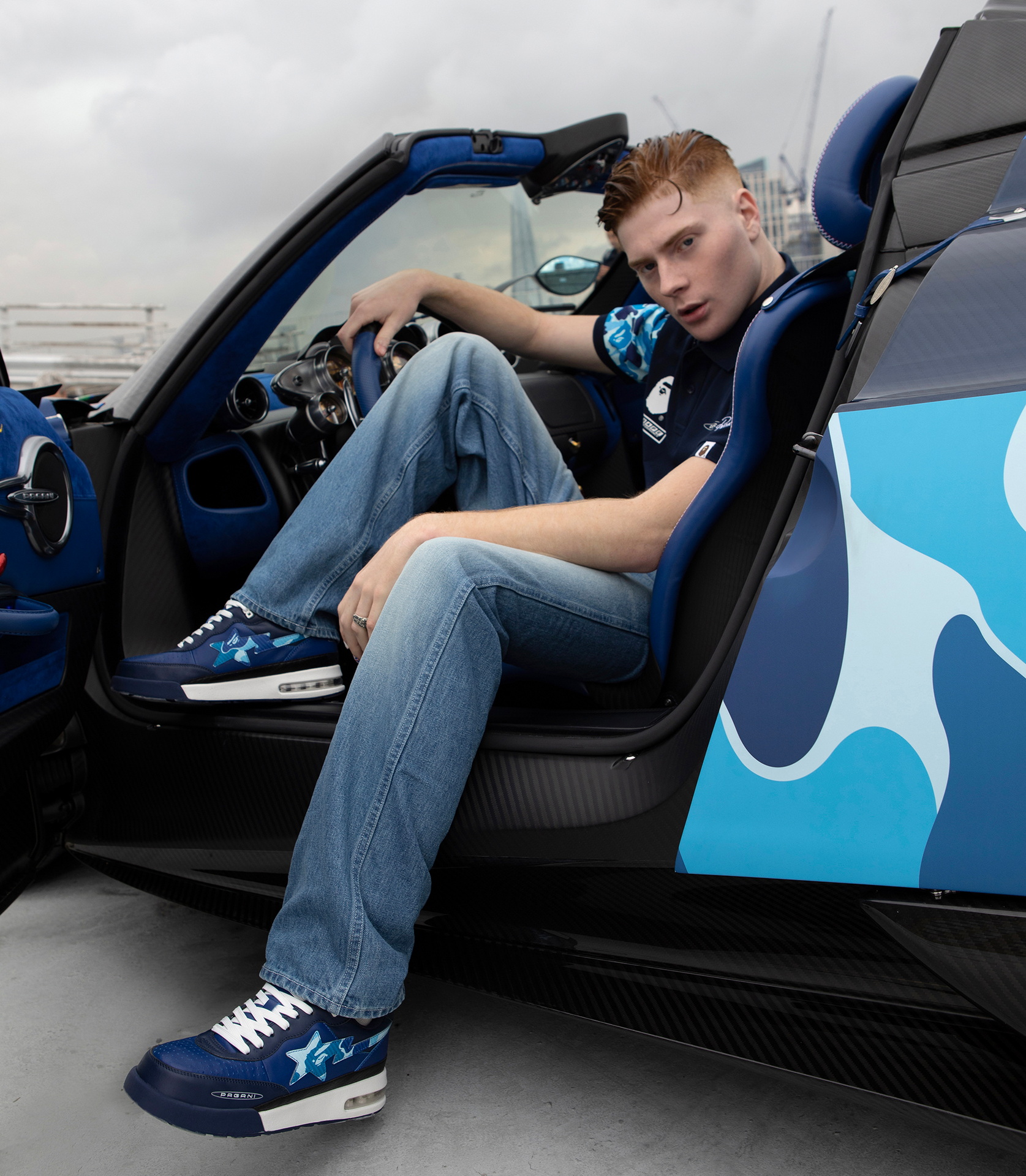 The custom Pagani Huayra Roadster BC was created for an unnamed client who obviously loves the look of BAPE products. A large part of the carbon fiber body is dressed in the camouflage pattern thanks to a non-permanent wrap, applied for the launch event in London. The hypercar has blue-tinted carbon fiber bodywork with stripes in the colors of the Italian flag and a cool set of gold/silver two-tone alloy wheels.

Inside there’s plenty of blue upholstery, bare carbon fiber and some gold accents. The bespoke nature of the build is evident from the special plate between the seats. The owner of the one-of-a-kind Huayra BC Roadster also got a collection of matching luggage and sportswear, including a tracksuit and gloves in the same camouflage pattern. 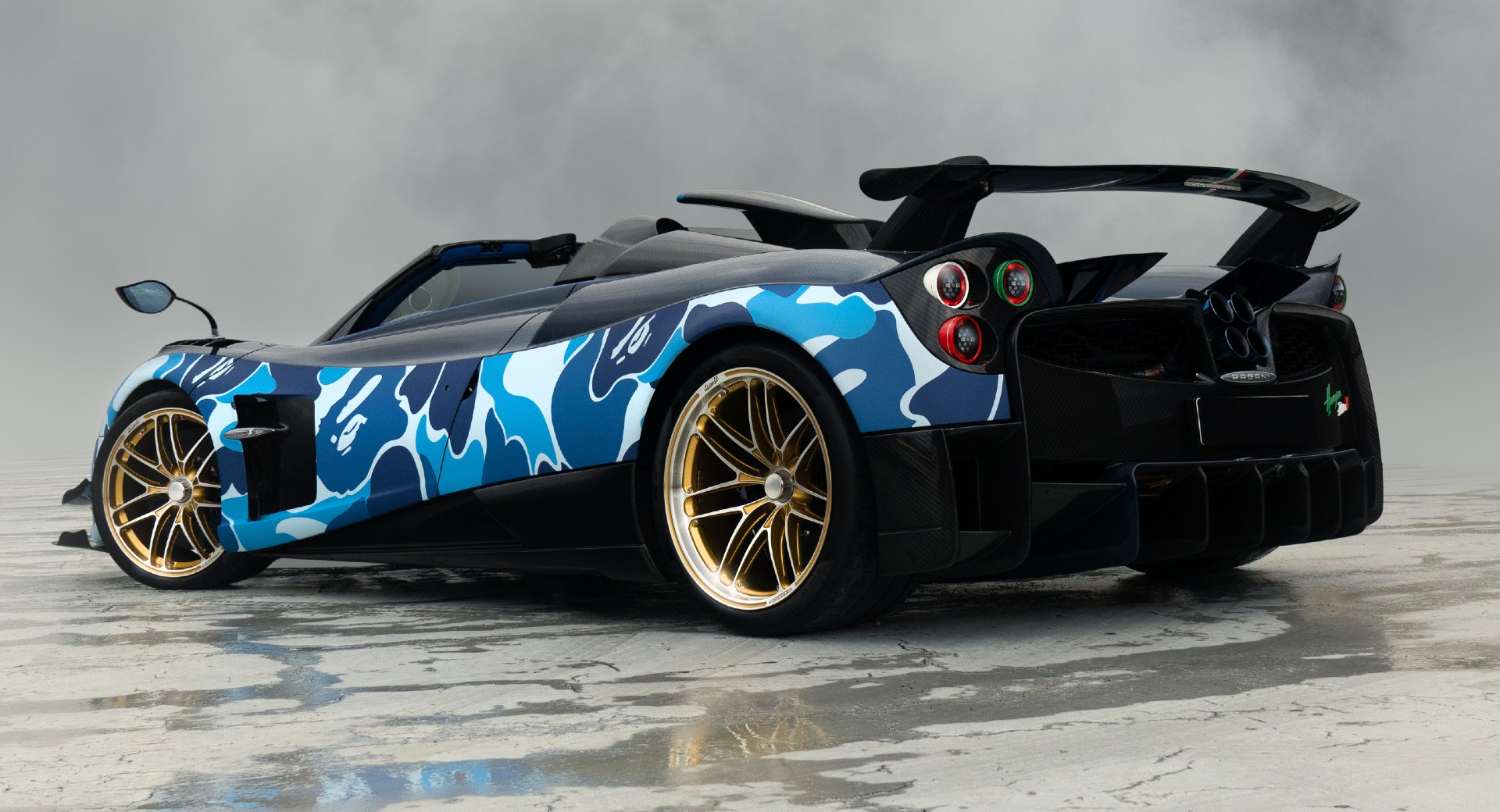 This is not the first collaboration between Pagani and BAPE since the two companies presented a similar collection for the 20th anniversary of the Pagani Zonda in 2019.