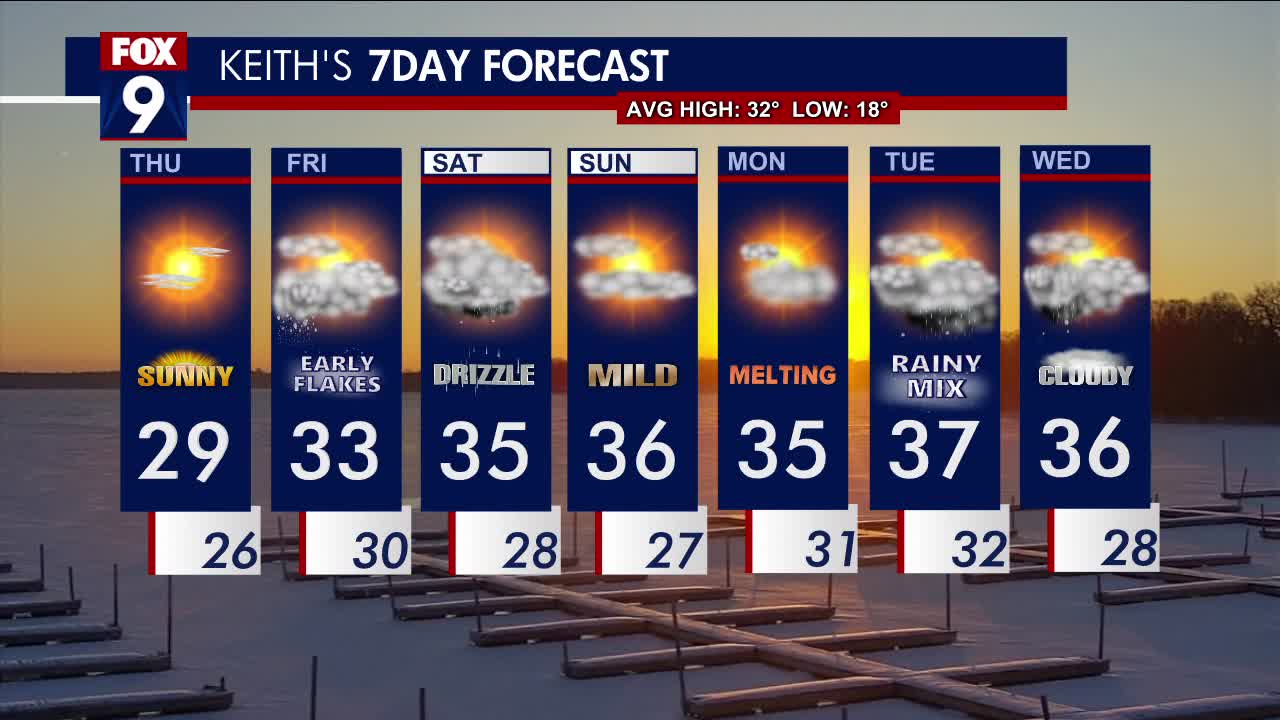 Snow Thursday night through Friday morning could make some roads slippery. Also, a look at the forecast for the weekend.

MINNEAPOLIS (FOX 9) – It was cool to start Thursday morning, but there will be plenty of sun to help warm things up to the upper 20s in the Twin Cities metro and much of the region by afternoon.

Cloud cover will build up overnight, and along with it comes a chance for snow in southern Minnesota. A winter weather advisory is in effect from 6 p.m. Thursday through 9 a.m. Friday for areas including Marshall, Mankato, Rochester, and the southern areas. Those in the northern part of the advisory area, along and north of Highway 14, could see 1 to 2 inches, while those along the Minnesota-Iowa border could see 2 to 4 inches or more when all is said and done.

The Twin Cities subway could take a hit of snow, enough to be slippery for the Friday morning commute if the system moves far enough north.

Friday should be a little milder, with highs around 33 degrees in the Twin Cities, 27 degrees in Brainerd, and the mid-30s in southern Minnesota.

Thirty-somethings are expected this weekend. Saturday will be cloudy and mild with a high of 35 degrees and possible drizzle and freezing drizzle which could make things slippery. Sunday will see more snowmelt with a high of 36 degrees and passing clouds with a few glimmers of sun. 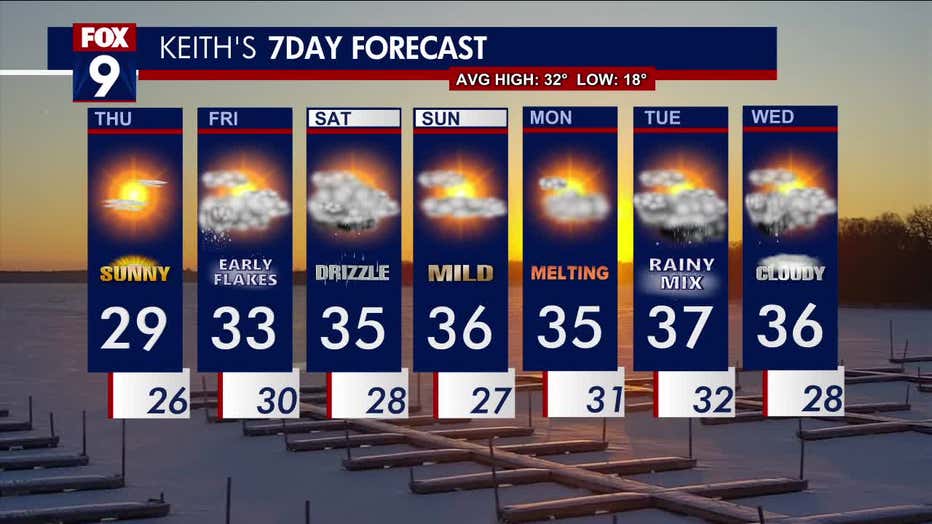