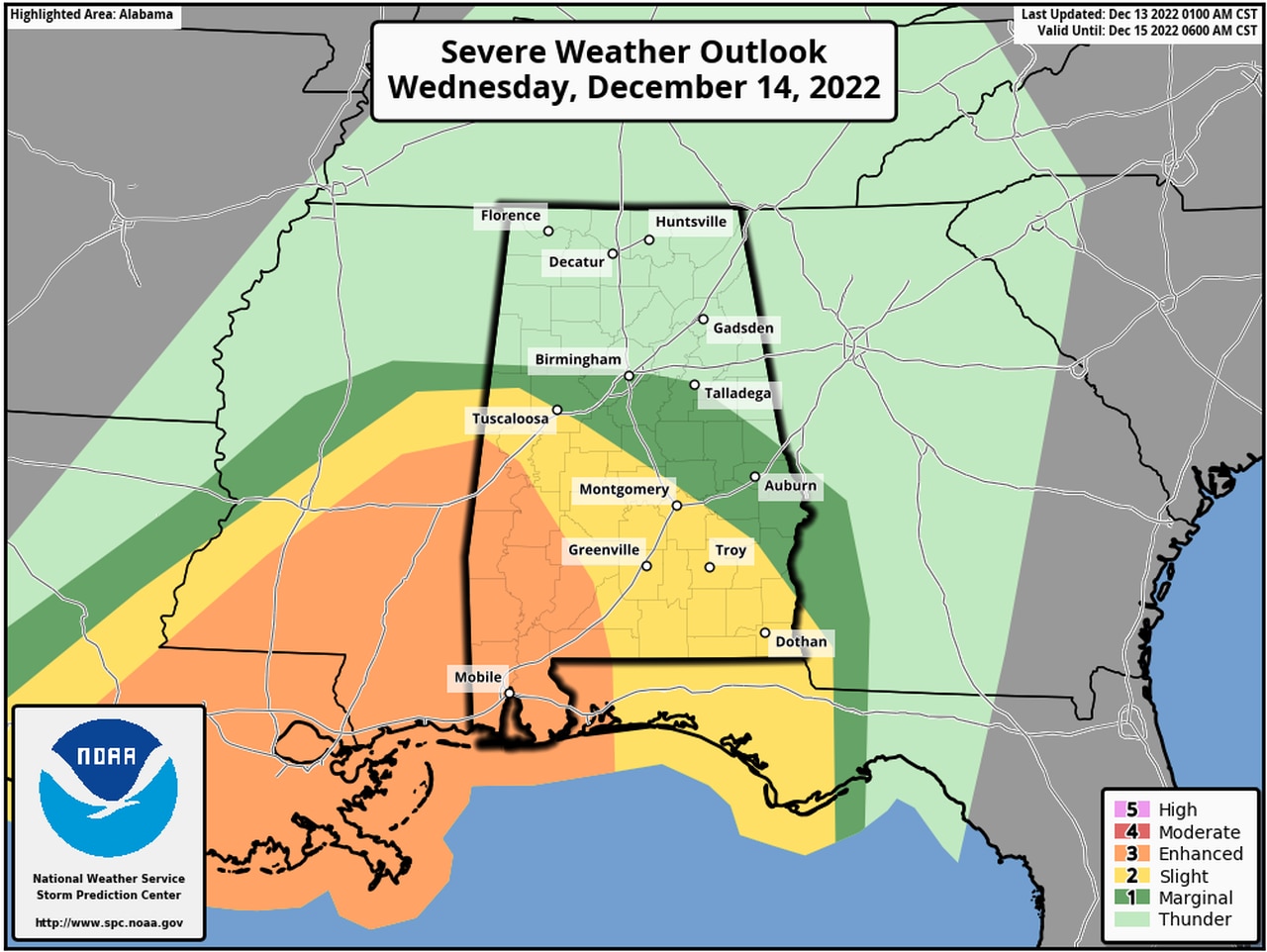 The risk of severe weather in Alabama on Wednesday has increased.

NOAA’s Storm Prediction Center added a level 3 of 5, or “improved,” severe weather risk for southwestern Alabama early Tuesday and expanded the threat of severe storms further into the state.

A Level 3 risk means that numerous severe storms are possible.

The remainder of southern Alabama and parts of central Alabama are at Level 2 risk, meaning scattered severe thunderstorms are possible.

A Level 1 risk of severe weather has expanded as far north as Birmingham and Talladega. A Level 1 risk means isolated severe storms are possible.

Prime time for adverse weather conditions will be from Wednesday afternoon until early Thursday morning.

Heavy rain is expected across the state, with the National Weather Service saying there could be as much as 5 inches in some areas.

That amount of rain, combined with recent wet weather across the state, could cause flooding problems Wednesday and early Thursday, especially in areas that receive the heaviest rains.

A flood watch could be issued for some areas later today.

The weather service will be watching for a line of storms developing west of Alabama and moving toward the state Wednesday afternoon. However, forecasters also said that a few individual storms could develop ahead of the main line earlier in the day on Wednesday. Those storms could spawn tornadoes and damaging winds.

Tornadoes and high winds will also be possible with the main line of storms.

Showers and thunderstorms will be possible for parts of Alabama as soon as tonight, but severe weather conditions are not expected today, according to the weather service.

Cooler weather is expected after Wednesday’s storms, and temperatures are expected to be well below average by the weekend, according to the weather service.