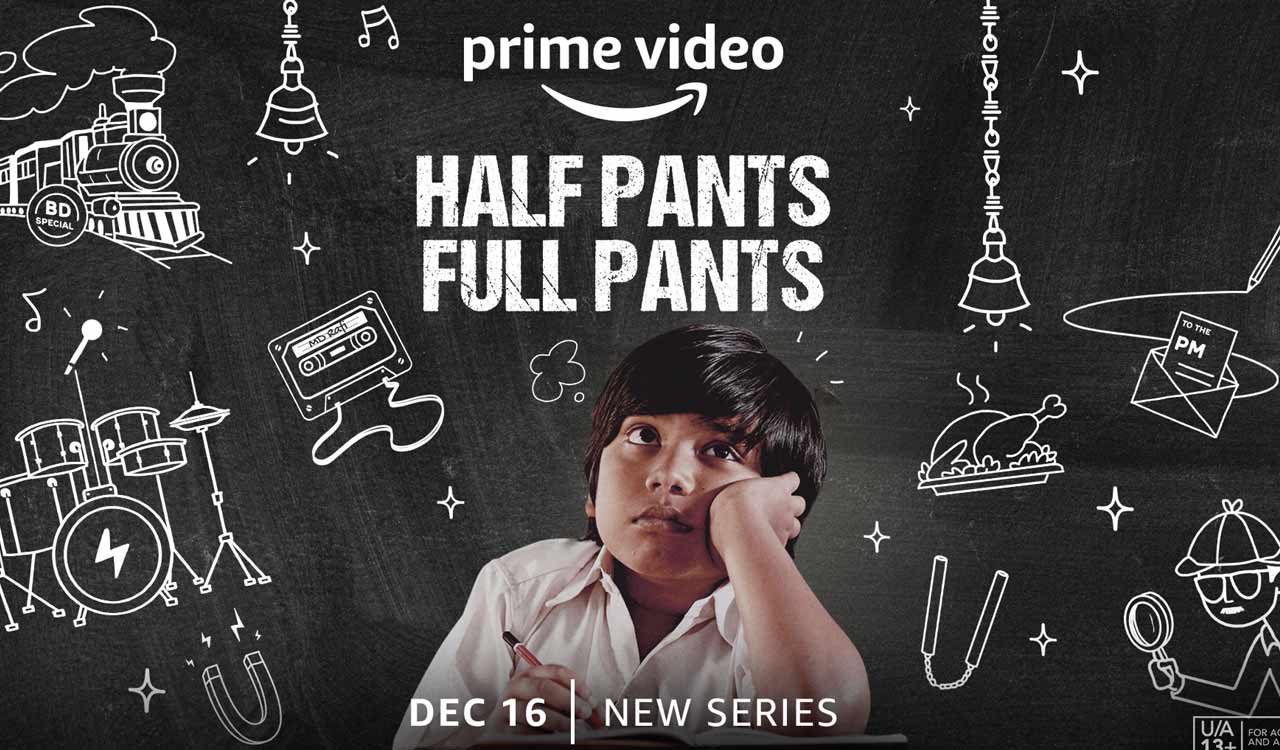 Prime Video today announced the premiere of its latest comedy ‘Half Pants Full Pants’ on the service from December 16.

HyderabadPrime Video today announced the premiere of its latest comedy ‘Half Pants Full Pants’ on the service from December 16. The eight-episode light-hearted series showcases happy moments from one’s childhood and promises to be an enjoyable nostalgic journey.

Adapted from Anand Suspi’s eponymous book, ‘Half Pants Full Pants’ is set in a small town in South India before the age of internet and mobile phones, where adventurous and ambitious 7-year-old boy Anand, alias Dabba, lives.

He embarks on heart-warming adventures with his friend, the obedient and well-behaved Giddy, who may miss the good old simple days of mischief and innocence.

“’Half Pants Full Pants’ is an experience that takes us back to a simpler time when life was unencumbered by technology and sparkled with wonder. Dabba, through the story of his family and friends, captures the magic of childhood in a time when there were no telephones or internet – a quick trip through life that we often long for,” said director Prakash about the series.

He continued, “The simplicity and innocence of the story made the actors unanimously excited to tell this story. We can’t wait to share this with the world. “

Appeal to the dreamer in you to get lost in Anand’s ever-changing dreamscapes 🤩#HalfPantsFullPants OnPrimeDecember 16 pic.twitter.com/Lxyd5XmcEH