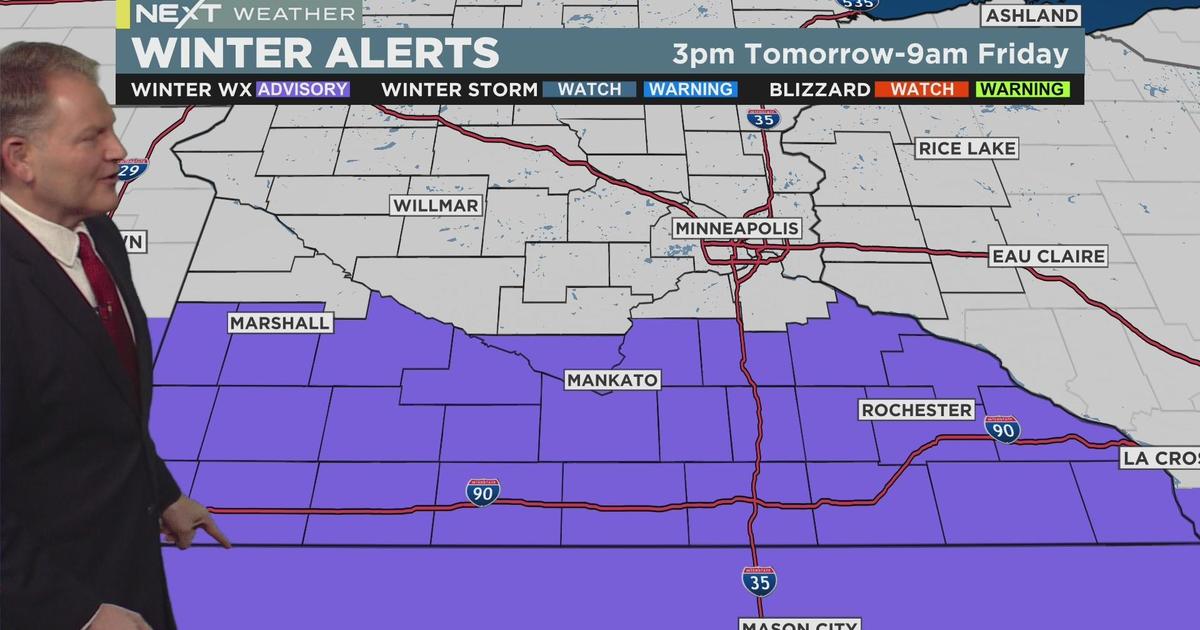 MINNEAPOLIS – The Twin Cities will have a calm and sunny Thursday, but more snow machines are on the way.

The meter will warm to 30 on Thursday, which is close to average. The whole state will be able to enjoy the sun.

The upcoming storm system has prompted the National Weather Service to issue a winter weather advisory for far southern Minnesota between 3 p.m. Thursday and 9 a.m. Friday.

The system will pass over the subway during the Friday morning commute and leave the state at lunchtime. One model shows the southern metro picking up an inch of snow, while cities like Mankato and Rochester see close to 4 inches. Communities in southwestern Minnesota, like Marshall and Worthington, could see more than 5 to 8 inches.

Another model drastically reduces buildup, as the subway only gets one cleaning and most other communities see between 1 and 3 inches.

Then another system, made up of mostly scattered gusts, rolls in from the south Friday night and Saturday morning. It will impact the eastern half of the state, causing some slippery roads.

Friday’s high will be 33 in the metro, and Saturday will be a couple of degrees warmer.

Next week, a big, sloppy storm is brewing, with rain, snow, and more on the cards.

The WCCO staff is a group of experienced journalists who bring you the content on WCCO.com.