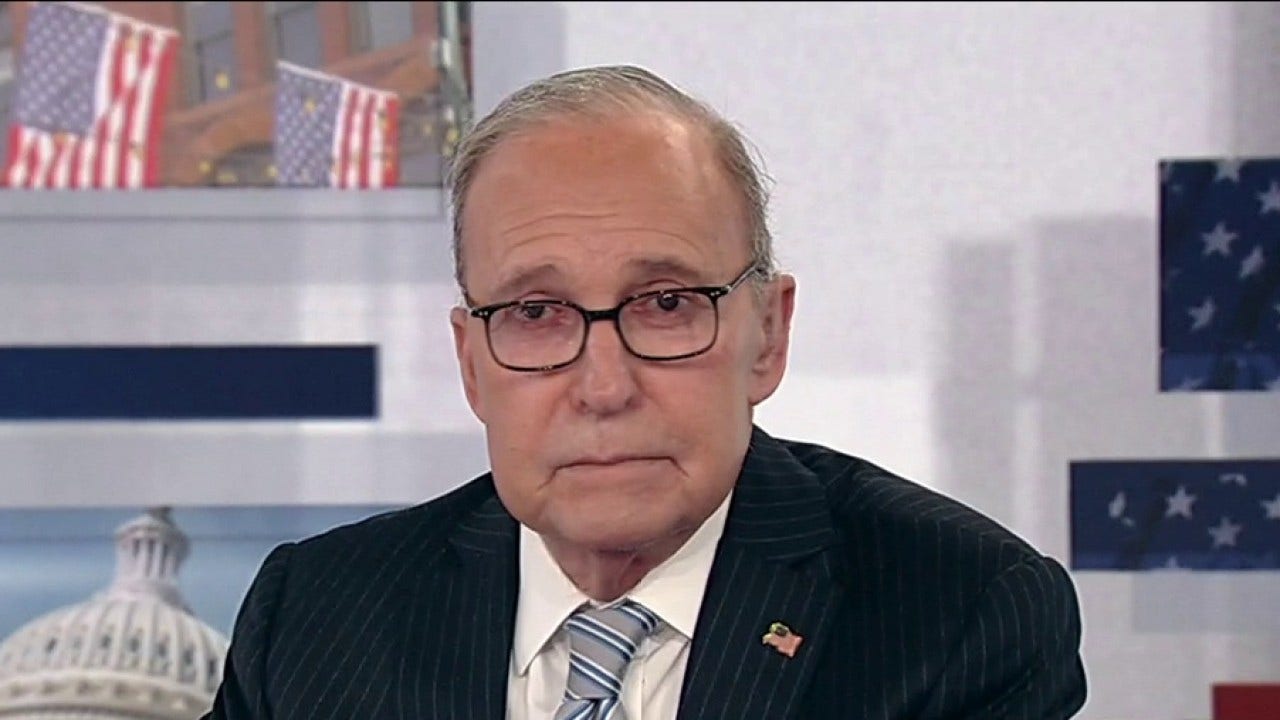 FOX Business host Larry Kudlow discusses the state of the US economy ahead of Thanksgiving on ‘Kudlow’.

So, I know we’re coming up on Thanksgiving – and it’s truly one of my favorite holidays – and Thanksgiving is America’s most important historical story, celebrating the first harvest of our first settlers. This is a very inspiring and optimistic story. One of the reasons I like it is that history is so optimistic, and I’m an optimistic person who always believes in the greatest soul of the founding of the United States of America.

But I have to deviate a bit from this optimistic scenario. I’m talking about the economy. I have to tell you that I see a number of important indicators that all point to a recession. I don’t like that, but that’s what I’m looking at. We may already be in recession, but next year shows that the fall will be even deeper.

Now there is a way out of this mess, and I’ll get to that in a few moments, but first some simple empirical facts. I’m starting with the big drop in the Conference Board’s leading economic indicator.

This is a very old-fashioned series, but it is a very accurate forecasting tool. It has interest rate spreads, consumer expectations, manufacturing, stock prices, building permits for new homes and other measures. There are 10 in all, and as you can see on the chart, the rate of change is going down completely.

Wells Fargo Investment Institute’s Scott Wren discusses the risks of a recession and how the Fed is handling inflation.

Second, a perhaps more controversial indicator called M2 – which is a poor measure of a country’s money supply, but still something to keep an eye on. The pioneer was the great Nobel laureate Milton Friedman. It is a monetary interpretation of the economy and tells us about future inflation and growth.

You can see in this chart that for 20 years M2 has basically grown modestly, which has been associated with 2% average inflation. Not all, but something to do with low inflation. Then we get to the craziness of the last two years, with a massive increase in federal spending that led to equally massive money printing by the Federal Reserve.

This was Joe Biden’s biggest mistake. It raised the inflation rate from about 1% to nearly 10%, causing real wages to fall for 18 consecutive months. This is the soft bottom of the Biden economy, and now that the Fed is making belated corrections to its previous mistakes, the US economy is in grave danger.

All this they could have avoided it, but they didn’t and now here we are, with the threat of a severe downturn next year. One that probably started this year, but Milton Friedman argued that inflation was too much money chasing too few goods – and to simplify a bit, Uncle Sam created the money, followed by overregulation, tax increases and of course a war on fossil fuel production fuel. high barriers to the production of goods.

Yes, we had a cat in the COVID supply chain, yes, there is Vladimir Putin invading Ukraine, but most of this economic mess is homegrown and based on policies of big government socialism and central planning on a grand scale. In addition to the leading indicators and the money supply, let me add one more thing: the bond market has turned upside down, as short-term interest rates are now much higher than long-term.

A very useful recession forecasting model developed years ago at the New York Fed that has a very high level of accuracy. Essentially, when the three-month Treasury bill exceeds the 10-year Treasury yield, the likelihood of a recession a year from now is increasing. Currently, the three-month bill is now at 4.30 and the 10-year is at 3.80. This is a very worrying sign.

There are a lot of other indicators I could point to: a big decline in real estate, a big slowdown in production, I don’t want to get as deep into the weeds as I should. No model is perfect, but I would suggest that watching the leading economic indicators and M2 and the Treasury yield curve gives everyone a fairly good sense of where we are headed. Inflation will therefore slowly decline, and the recession may be very severe.

Again, ever the optimist, we should be able to do much better in the future on economic policies than we have done in the last two years. You’ve heard this from me before, but first we should immediately open the pipes to produce more oil and gas, allow licensing, pipelines, refining. All of this would lower prices, boost jobs and economic growth.

John Kerry’s COP-27 Green New Deal, a socialist, redistributive, climate reparation scheme – trying to bribe poor countries not to use oil and gas is dumber than dumber. Joe Biden is closing coal mines across America – dumber than dumb. New EPA regulations and clean natural gas taxes are evened out dumber as stupid, if such stupidity is possible.

Then we need to re-introduce a work pass and work requirements for able-bodied people on public assistance. Fine? This succeeded in reducing social welfare spending 25 years ago and ultimately leading to a balanced budget.

Additionally, we need to make Donald Trump’s supply-side tax cuts permanent. Then we need to curb Biden’s regulatory assault on all businesses — a policy that has literally choked the economy.

At the end of the day, we had less money chasing more goods under these policies. Less money chases more goods. Inflation would fall, the economy would pick up. We have done it in the past and we can do it in the future. It is time to act as stewards of economic prosperity. Let us replace the utopian socialist schemes that always cause recession and impoverishment wherever they are implemented. I know we can right this ship, and I’ll say, happy Thanksgiving – sacrifice, sacrifice, sacrifice – and that’s my riff.

This article is adapted from an introductory commentary by Larry Kudlow in the November 22, 2022 edition of “Kudlow.”