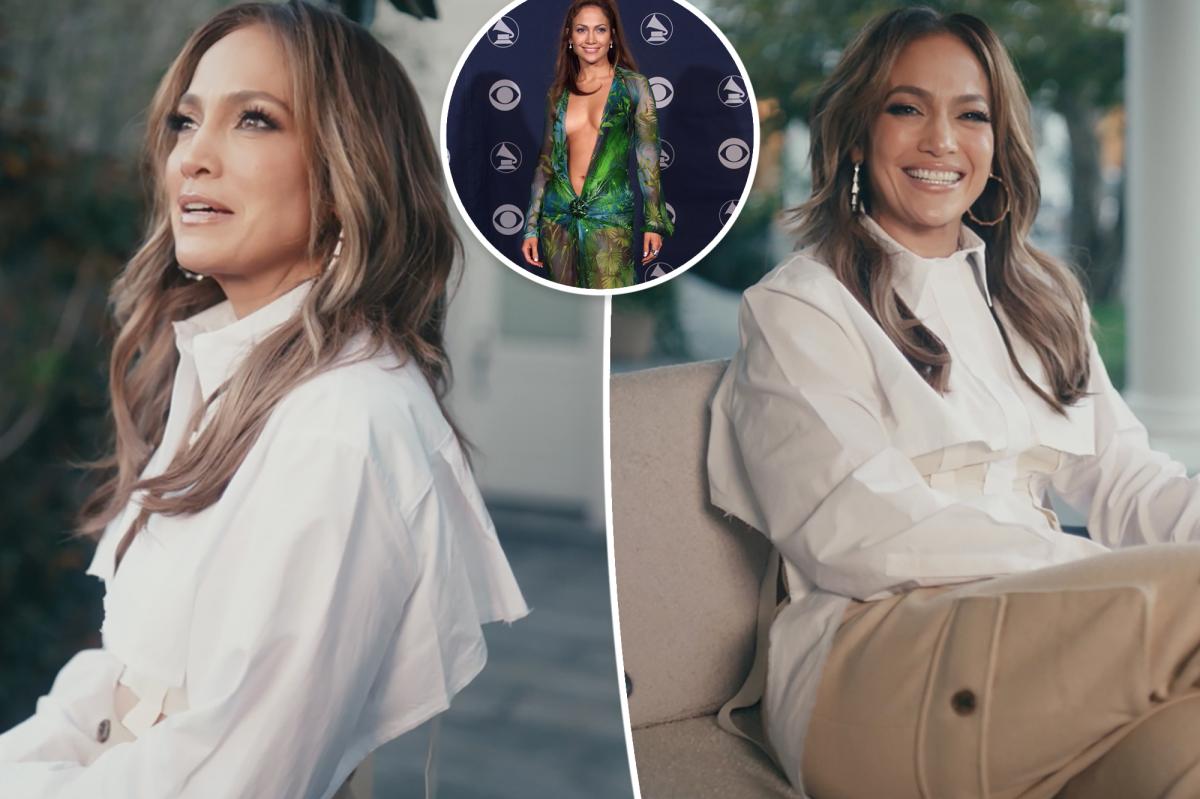 Jennifer Lopez is real, even when it comes to the world’s most Googled dress.

In a new interview for Vogue’s “73 Questions,” the Bronx-born singer was asked to name her “favorite look of all time.”

“I think people would think it’s the green Versace dress because it’s the most famous,” Lopez replied. “But I’d probably have to say it’s really hard to choose.”

The 53-year-old mother of two also told Vogue that the only difference between California and the Bronx is “the size of [her] wardrobe,” and described his personal style as “a little laid-back and tomboy, but with a little bit of sexiness.”

The Super Bowl performer first wore the memorable green Versace dress to the Grammys in 2000.

Almost two decades later, at age 50, Lopez made headlines again when she closed the Versace catwalk in an updated version of the dress that made her a star.

Since its debut, the popular print has appeared on sneakers, pants and shirts, not to mention a knockoff or two.

In 2019, the “Hustlers” star revealed that her 2000 Grammys look was put together at the last minute as she was busy filming “Wedding Planner” at the time, as she shared on her YouTube series “Moments of Fashion.”

Lopez was only allowed to choose between two dresses, and one of them was “the Versace jungle print dress”, which three other people had already worn: Sandra Bullock, Geri Halliwell and the designer Donatella Versace herself.

Despite concerns that her ‘boobs were showing on stage’, she chose the dress and made fashion history, generating Google Image searches as many people searched for photos of the ab-baring dress.

When she closed the Versace show in an altered version of the sultry style in 2019, even Anna Wintour was seen smiling as she gave Lopez a standing ovation.