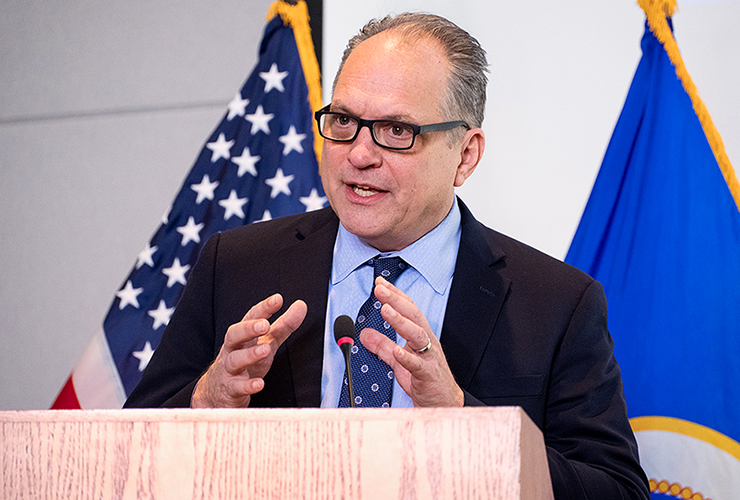 Most of the attention is on the sexier half of Minnesota’s economic and revenue forecast: how much money the legislature will have to allocate in 2023 to increase spending or cut taxes.

Not to delay the answer too long, it will be a lot. For a country that spends about $2.16 billion a month, the amount of collected and projected tax revenue is greater than the amount needed to cover the current costs of the state budget – by $17.6 billion.

But there’s also a disconnect between that staggering $17.6 billion figure and the second half of the report released Tuesday. While taxes continue to be excessive, the underlying economy—state, national, and global—is increasingly crushed. The country’s macroeconomic provider, IHS Markit, says the country will soon be in recession, if it isn’t already.

Unemployment rates will rise. Economic expansion will slow. Business profits and wages will not increase as fast as the government predicted 10 months ago. Oil prices remain volatile, inflation remains high, interest rates continue to rise and Russia continues its war against Ukraine.

Still, tax revenues exceed expectations. How come? State budget officials were tasked Tuesday with making sense of it all, tempering the vertigo caused by the surplus with the stomach discomfort of what they euphemistically call “headwinds.”

“At this briefing, we’re going to talk about what led us to the largest projected balance in the history of the state of Minnesota,” said state Management and Budget Commissioner Jim Schowalter. “But we will also talk about inflation, we will talk about a mild recession, we will even talk about a slowdown in economic growth.”

“Despite the headwinds … Minnesota remains resilient and our budget outlook is good,” he said. “As a result, the governor and legislators have more opportunities than they usually have to invest in Minnesota and address the needs of Minnesota families, businesses and communities.”

Forecasts over the past three years have focused on the impacts of the COVID-19 pandemic, which plunged the state’s economy into a deep recession, but because of heavy federal spending and the uneven impact on residents, it has turned out to be shorter than expected, depending on whether it can continue they are working – perhaps from home – or have been out of a job due to forced closures.

Schowalter said this forecast shows that the country is “getting back to normal” after years of the pandemic. But this must be the new normal, because Schowalter added of the surplus, “it’s an incredible balance any way you look at it.” At the same time that tax collections are higher than forecast, spending has fallen, particularly in public schools due to declining enrollment and health services due to increased federal funding from the pandemic era.

Even politicians have to cover both emotions. The surplus offers unprecedented opportunities to make taxes fairer and government programs more beneficial. But don’t get your hopes up too high because, well, those headwinds.

Gov. Tim Walz called the city a “good city” but said the budget numbers don’t tell the story of Minnesotans struggling with child care and gas costs, students who need more help in school or communities , which refer to an increase in the property tax. to cover basic services.

“The macro picture is solid. The golden opportunity we have — to make Minnesota an even better and fairer, more inclusive and prosperous state — is here,” he said.

Walz said he will present his budget on Jan. 24 and hinted at some of the things it might include. He reiterated his support for at least a partial elimination of the state’s Social Security income taxes, supported universal school lunches and said he would consider program improvements and tax cuts to help working-class families and senior citizens.

He also supported increasing aid to local governments and aid to county programs that could reduce the need for larger property tax increases. He again called for a review of the tax breaks, which he suggested should range from $1,000 per taxpayer to $2,000 per household.

“If I were someone sitting there … I expect they’ll see some cost reductions, some improvements in the things they’ve been asking for, like paid family leave or access to health care,” he said.

Reactions from legislative leaders were muted. For the first time in Walz’s time in office, Republicans do not have a majority and cannot block his plans. So it was telling that Walz’s rebate check plan received a warmer response from GOP leaders than his fellow DFLers.

“This is Minnesotans’ money,” she said. “That money needs to go back to the people of Minnesota.”

When the final number was announced at 9:30, interest groups began to line up: Education Minnesota, the Coalition of Greater Minnesota Cities, affordable housing advocates, health care unions, builders unions, paid family leave advocates. All argued that the size of the surplus meant that the needs they were striving for could be met.

“Our state leaders have an opportunity to come together and ensure that all of our neighbors have homes from which to build their future,” said Anne Mavity, executive director of the Minnesota Housing Partnership.

“Aged care staffing shortages are at crisis levels, affecting seniors and their families in every corner of the country,” the Long-Term Care Imperative said in a statement. “Only lawmakers can address the crisis and ensure access.”

The Minnesota Chamber of Commerce came out on the side of tax cuts.

What might his budget proposal look like? Walz looked to a bipartisan deal negotiated but never enacted last spring that split the then-record $12 billion surplus three ways: one-third to tax cuts and credits, one-third to increased spending, one a third on savings.

The final piece was a concession to Republicans who wanted the next legislature to have a bigger say in using the surplus. Back then, the surplus was smaller, and at the time Republicans thought they would control both houses of the legislature. Next year they won’t, and the DFLers will decide if they can hold a narrow majority together.

Walz said his plan is likely to include some one-time investments, some tax cuts and some increases in ongoing programs — particularly in education. But there may be less need for that $4 billion to sit unspent once the full biennial budget is in place.

Walz joked about the size of the DFL majority with a conundrum: “You know what you call a one-vote majority? The majority.”

New Senate Majority Leader Kari Dziedzic of Minneapolis said her caucus recognizes that despite booming tax collections that reflect that some Minnesotans are doing well financially, many are not.

But new House Majority Leader Jamie Long, also of Minneapolis, acknowledged there will be more demand than even that massive surplus can meet.

“Eighteen billion is certainly a big number, but you’ve seen that the vast majority are one-offs,” he said. “We don’t have the excess that we might think we do.”

But he said the legislature will do “extraordinary things.”

The pandemic and now its consequences have caused economists to convulse. First, they predicted a deeper fall than happened. They then failed to catch up with the economic recovery that created those surpluses. They are now balancing tax collection growth with a weakening economy.

State economist Laura Kalambokidis said that most economic indicators are decreasing compared to the last February forecast. A mild recession may have already begun, and the nation’s record low unemployment rate will rise by a few percentage points. But the numbers never get bad, bad. Job growth slows but never turns negative. Wage growth is also slowing down, but should not fall below 4% growth per year. The shallow recession ends in the third quarter of 2023.

Even higher interest rates have good results. Some taxes benefit from higher prices and wages, and the government’s cash accounts earn more interest.

“While price indices have been lower than expected in recent weeks, persistent inflation could lead the Fed to raise interest rates more aggressively,” Kalambokidis said. “This could lead to a contraction in 2023 that is deeper and/or longer than forecast.”

DFLers make a big point of the fact that state law doesn’t allow inflation estimates to be included in projections of how much it will cost to maintain the current budget for two years. Thus, the current biennial budget of $52 billion will cost $54 billion to maintain by the summer of 2025.

But inflation would only add $1.5 billion if all agencies were given extra money to cover the increased costs. That’s a lot of money, but within the means of this surplus.

Inflation would have a $3.5 billion impact on the budget, which begins July 1, 2025. But even that is within projected surpluses for those years, when tax collections are expected to exceed state spending by $8.4 billion. That means the state is running budget surpluses as far as the state’s economic forecasters can see — five years is forever in this part.

Of course, it all depends on how much of that surplus is spent on new or expanded programs or tax cuts. Walz and legislative leaders have consistently said that about $12 billion of the additional $17.6 billion is carried over from the current budget and is not expected to be repeated from year to year. This sparks conversations about one-time spending, say checking rebates on the tax cut side and one-time investments in programs on the spending side.

Still, there’s nearly $6 billion in budget cash that’s expected to be preserved next year. This is the kind of situation that can politically and fiscally justify ongoing spending and ongoing tax cuts. There was a time not so long ago when a surplus of $6 billion would have been unheard of, a record in itself. Now there are leftovers.

But wait, there’s more. The state’s current rainy day savings account is $2.6 billion. It will grow to $2.85 billion. And the state always keeps $350 million to cover any short-term ups and downs in tax receipts and expenditures.

Keep Minnesota news without a paywall.

MinnPost’s in-depth, independent news is free for everyone — with no paywall or subscriptions. Will you help us keep it that way by supporting our nonprofit newsroom with a tax-deductible donation today?