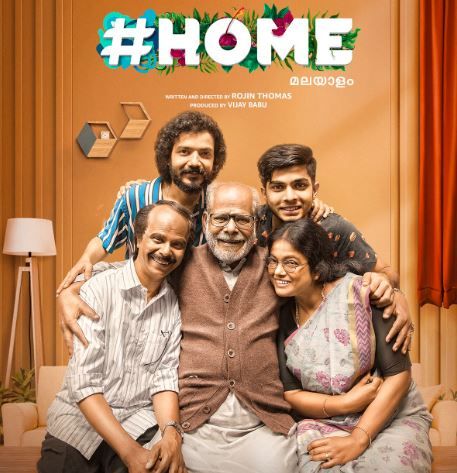 Home, the critically acclaimed Malayalam film that released on Amazon Prime Video in 2021, is now releasing in Hindi as well. Details about it were recently shared on social media channel of OTT platforms.

The cast and crew of the house

Home, written and directed by Rojin Thomas, was loved by critics and audiences alike. Touted as a family drama, the film was praised for its performances, storyline and the social relevance it displayed. Produced by Vijay Babu under the banner Friday Film House, Home stars Indrance, Srinath Bhasi, Naslen K. Ghafoor, Manju Pillay and others are playing prominent roles.

The cinematography is done by Neil D’Cunha and the editing is done by Prejish Prakash. Rahul Subramanian has composed four songs for the film.

A year after the release, the makers of the film and the team on the OTT platform have dubbed and released the film in Hindi. Fans can watch Home (Hindi) on Amazon Prime Video.

Oliver Twist and his wife Kuttiamma lead a happy married life, however, their lives take a few turns when their children, Antony and Charles, bring the tech-savvy aspects of their lives that today’s generation follows, however, their parents are not supportive. A technically challenging life. The official plot shared by the makers is, “Oliver Twist (Indrance) wants to be a better partner to his two sons who are tech savvy and spend more time on their phones than with their loved ones”.

The initial response to the trailer was phenomenal for the film and eventually helped in its release on Amazon Prime Video. Critics and audiences appreciated the film calling it a family entertainer that makes one laugh and cry through the moments it portrays. Rojin Thomas’s writing was also praised for its nuanced and relatable aspects. Critics said the performances are heartwarming in a film that reflects moments they experience in everyday life. On the contrary, several reviews stated that the film could have been edited better as it felt like it dragged on in several scenes. Overall, the film is said to be enjoyable in nature and a recommended watch.