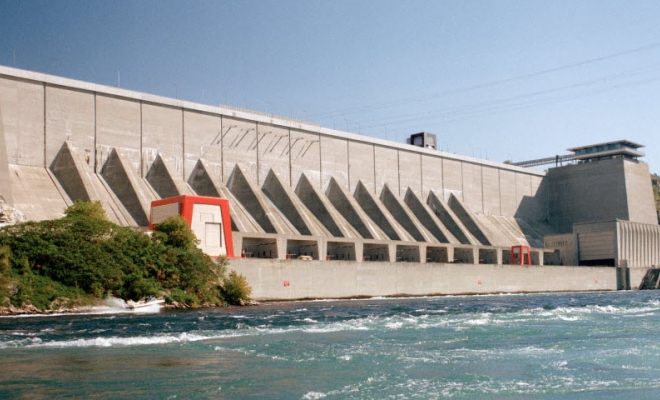 Governor Kathy Hochul announced today that the New York Power Authority Board of Trustees has approved economic development awards to 25 companies that will support more than 12,000 jobs – nearly 500 newly created – and spur more than $410 million in capital investment. Inexpensive electricity through the ReCharge NY program was awarded to 23 applicants across the state, and low-cost Niagara hydro was awarded to two companies in Western New York. In addition, the NYPA board approved a Western New York Power Proceeds award to support the deployment of green hydrogen in New York State.

“We are leading the way towards a thriving, resilient economy powered by clean energy,” Governor Hochul said. “These awards will build more energy-efficient infrastructure, boost our economy, create jobs and pave the way for a cleaner, more sustainable future. My administration will continue to prioritize green energy projects that will attract the industries of the future to New York.”

ReCharge NY has strengthened New York State’s economy by encouraging businesses to retain and create jobs while spurring capital investment across the state. ReCharge NY offers power contracts of up to seven years. Half of the power – 455 MW – comes from the Niagara and St. Lawrence-Franklin D. Roosevelt NYPA. The remaining 455 MW is lower priced power that NYPA buys from the wholesale market.

Some of the notable grants approved today by the NYPA Board of Directors through ReCharge NY include awards to Albany Medical Center in the Capital District, Urban Fields Agriculture in Long Island and Morgan Stanley in New York.

NYPA’s Board of Directors approved the allocation of 2,550 kilowatts (kW) of hydropower to support CAR expansion, spurring approximately $45 million in capital investment and creating 20 green jobs in the region.

CAR, the owner of landfills that contain fly ash, a key component in concrete production, is planning an expansion project at its Fredonia facility to remediate and process fly ash for use in the production of low-carbon green concrete. Fly ash is a by-product of burning ground coal to produce electricity. The Chautauqua County Landfill in CAR contains fly ash that was produced at the Dunkirk Generating Station between 1960 and 1980.

The production of cement, a common ingredient in concrete, is responsible for nearly 8 percent of global carbon emissions. Replacing cement with fly ash in concrete production extends the life of concrete structures by improving their overall strength and durability. In addition, it saves water and significantly reduces greenhouse gas emissions.

CAR’s application was considered under the Green Job Evaluation Incentive Plan approved by the Trustees on December 9, 2020. The plan allows for green job impacts to be considered when evaluating NYPA hydro applications. Project CAR meets the qualifying criteria as a New York State Green Jobs Company. In addition, the project supports the state’s Climate Stewardship and Community Protection Act and the Low Carbon Concrete Stewardship Act, which requires the use of low carbon concrete in projects funded by New York State.

Sonwil Distribution Center, a warehousing and distribution company based in Western New York for more than 80 years, has been awarded 500 kW of hydropower to build a 334,000 square foot distribution warehouse in West Seneca to support the growth of its existing customer base while providing additional capacity needed to attract new customers. The nearly $60 million facility will serve as a storage, distribution and packaging site for finished food and beverage products with varying temperatures. The project will allow the company to support the growth of existing manufacturers and help attract new ones to Western New York, which is expected to spur additional regional economic activity and create 19 new permanent full-time jobs.

Low-cost Niagara hydro is available to businesses within a 30-mile radius of the Niagara Power Authority project or to businesses in Chautauqua County. Niagara Hydro is linked to tens of thousands of existing jobs in the region.

In addition, the NYPA Board of Trustees approved an award of $35,000 from the Western New York Power Proceeds Fund.

Niagara University has received $35,000 in funding to support a campus-wide feasibility study that will examine the possibility of reducing emissions by increasing the use of green hydrogen.

New York leads a regional coalition of six states working together to advance clean hydrogen projects across the region in line with each state’s ambitious climate and clean goals, including a critical focus on climate and environmental justice.

The NYPA funding award is made possible by net proceeds from the sale of unused hydro generated at NYPA’s Niagara Generating Station and is derived from the Electricity Revenue Legislation signed into law in 2012.

New York State’s flagship national climate plan
New York State’s flagship national climate agenda is the nation’s most aggressive climate and clean energy initiative, calling for an orderly and equitable clean energy transition that creates jobs and continues to drive a green economy as New York State recovers from COVID-19. pandemic. Enshrined in legislation through the Climate Leadership and Community Protection Act, New York is on track to meet the target of a zero-emission electricity sector by 2040, including 70 percent renewable energy generation by 2030, and to achieve carbon neutrality of the entire economy. It builds on New York City’s unprecedented investments to increase clean energy, including more than $35 billion in 120 large-scale renewable and renewable projects across the state, $6.8 billion to reduce building emissions, $1.8 billion to increase solar energy , over $1 billion in clean transportation initiatives and over $1.6 billion in NY Green Bank commitments. Together, these investments support more than 165,000 jobs in New York’s clean energy sector by 2021, 2,100 percent growth in the distributed solar sector since 2011, and a commitment to develop 9,000 megawatts of offshore wind by 2035. According to the New York Climate Act York will build on this progress to cut greenhouse gas emissions by 85 percent from 1990 levels by 2050, while ensuring that at least 35 percent, with a target of 40 percent, of the benefits of clean energy investment go to disadvantaged communities, and progress toward the state’s energy efficiency goal of reducing on-site energy use by 185 trillion BTUs of final energy savings by 2025.