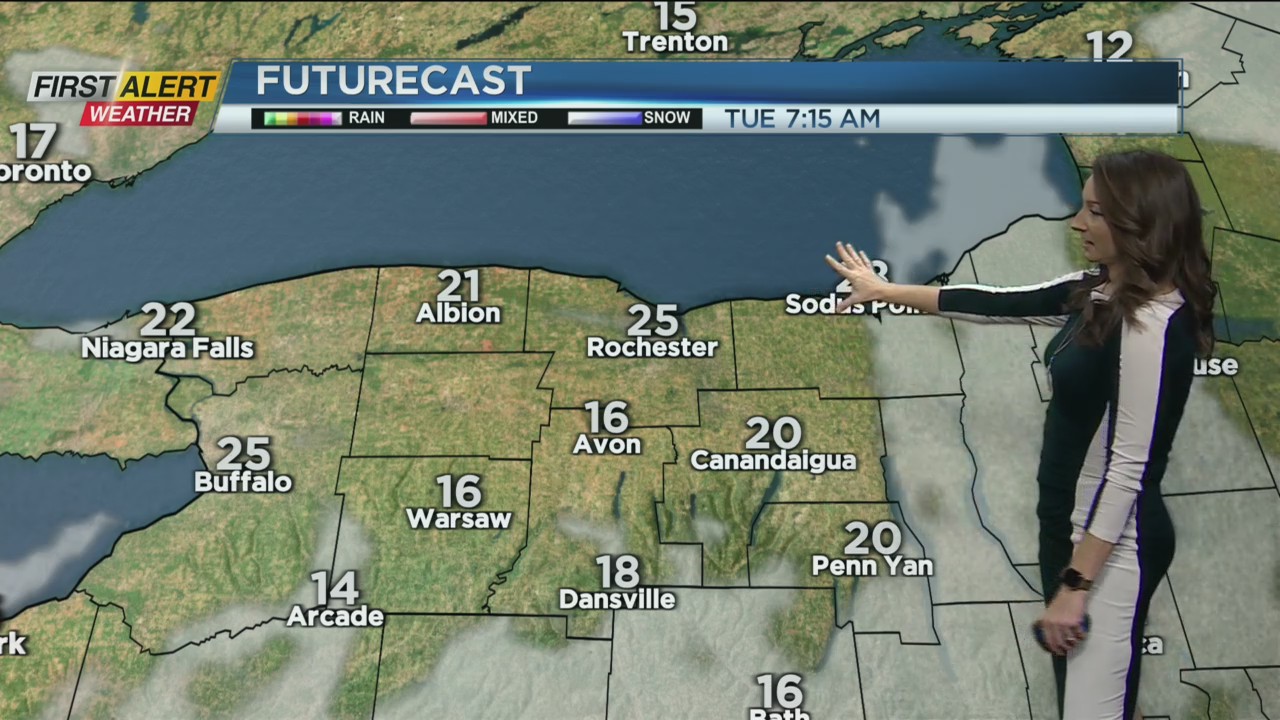 ROCHESTER, NY We’ve been tracking the potential for winter weather by the end of this week, and that’s still on track.

There are still questions about the weather and the amount of what falls, but we’re pretty sure we’ll get a wintry mix (rain, snow, ice), shifting to a snow period later Thursday. This may affect the trip on Thursday night.

Snow may continue into the Friday morning trip, which could also create slippery roads. At this point, this storm will not be “big” by Western New York standards, but it will likely be our largest snow accumulation so far this season.

The winter mix can also increase problems on the roads. A yellow alert is a “heads up” to watch out for a potentially changing forecast.

Before the winter weather arrives later this week, we will enjoy calm but cold weather with some sun Tuesday and Wednesday and highs in the 30s. That wintry mix is ​​expected to develop on Thursday afternoon, with the snow receding on Friday.

Next weekend will be colder with highs in the low 30s once again and some lake effect snow, mostly on Lake Erie. Early prospects for the Bills’ game at Orchard Park on Saturday will be cold, with the possibility of lake-effect snow at Highmark Stadium.

Stay tuned as we update the Bills Weekend Forecast and Game Day Forecast!