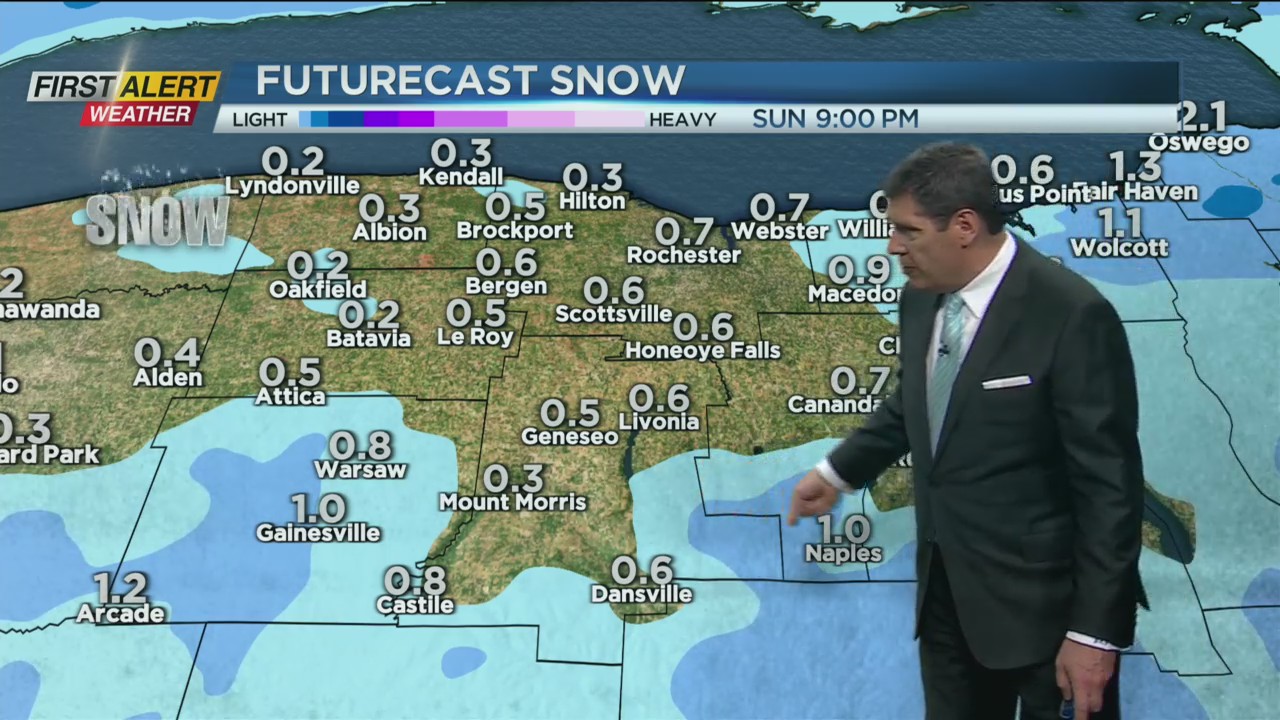 ROCHESTER, NY — A weak storm system will pass over western New York later Friday and early Sunday. At this point, the low pressure system will have limited amounts of moisture and marginally cold temperatures that should limit any snow accumulation.

Most of the area will receive less than an inch, most of which will be on grassy surfaces, but an inch or two is possible at the higher elevations of the Bristol Hills.

Friday night will be dry overnight then wet snow showers will develop around midnight. The low temperature is expected to be near 29 degrees, but the mercury will start to rise later through Friday.

On Sunday some wet snow is likely in the morning before mixing and changing to just rain in the afternoon. Prior to the change, a buildup of sleet is possible with little or no impact to area roads. The high temperature will be in the upper 30s.

News 10NBC First Alert forecasters continue to focus on Thursday afternoon and Friday. A storm now making its way to the West Coast will likely cross the country and could impact our weather by the end of the business week.

It’s too early for a detailed forecast, but measurable snowfall is possible. At this time, there is no yellow alert posted for Western New York, but that could change in the coming days.

Stay tuned to News 10 NBC First Alert Weather for updates on the forecast.

Download the WHEC First Alert Weather app to stay up to date on the go.