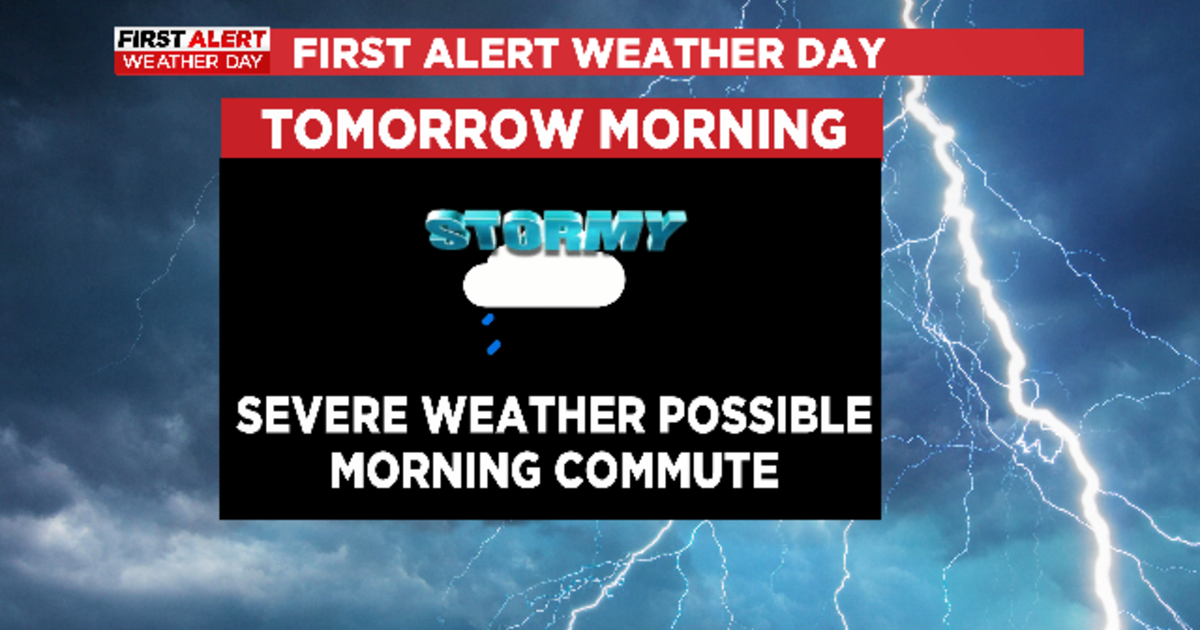 NORTH TEXAS (CBSDFW.COM) – A first day weather advisory has been issued as damaging winds and hail are expected to move into north Texas during the morning drive.

What we are seeing: Damaging winds and hail the main threats, fast-spinning tornadoes are a small risk.

Worry about the weather starts after midnight. The winds will really start to howl through the night and through the morning:

We will see the threat begin after midnight in our west and northwest area of ​​North Texas:

Early morning through noon, the risk is over North Texas:

We expect a strong storm line to hit the Metroplex during the morning commute. Damaging winds will be the main threat, but hail and even weak, short-lived tornadoes are possible.

These storms will move from west to east and are expected to move out of North Texas in the early afternoon. The risk of severe weather is higher in our eastern counties than in the metropolitan area:

Winds in excess of 60 mph are possible. Hail 1″ or larger is the second highest risk:

The storms should clear up by early afternoon. We will likely see some sun by the end of the day. A second front crosses us on Wednesday, this one coming from the cold north. Expect much cooler days the rest of the week as we finally get a dry spell in December. This cold air is expected to stay in place through Christmas.

Jeff joined CBS 11 and TXA 21 in December 2010. He came to North Texas from Nashville, where he has spent the past 11 years, most recently as a morning meteorologist at WKRN-TV. His career has also taken him to Kansas City, Mo., where he was a senior meteorologist at KSHB-TV.