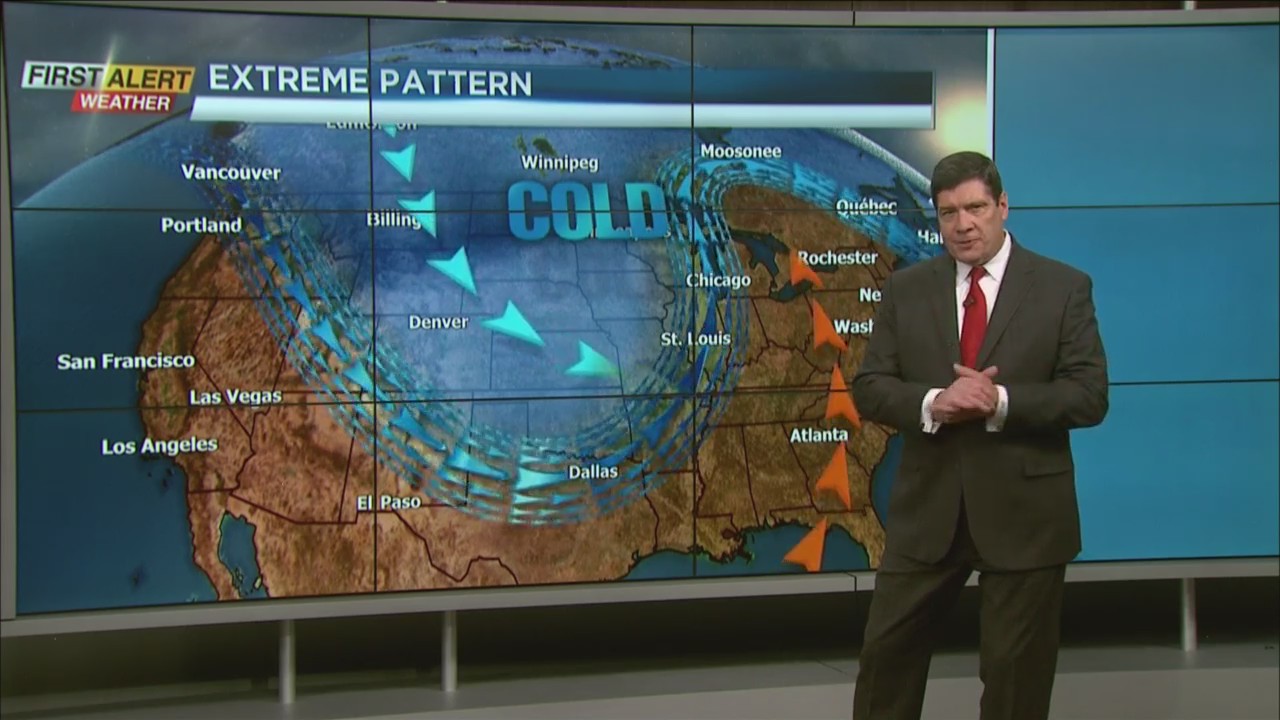 ROCHESTER, NY It looks like it might be time to finally put those winter driving skills to the test. So far this season has been a relatively calm weather pattern.

The jet stream has fluctuated from time to time this season, but the average position has moved almost directly from west to east across the US-Canada border. But a shift is taking place where a lot of cold, arctic air is moving toward the western half of the country.

That’s not all that unusual, but arctic air is beginning to spread to the south and east and News10NBC First Alert forecasters see a clash between these two weather systems, containing drastically different sets of temperatures.

As a result, the jet stream is directed towards a more extreme position. Instead of that smooth east-west flow, we expect a more drastic north-south pattern. Blizzard-like conditions are likely for people in the Upper Midwest.

It looks like North and South Dakota could see up to 1-2 feet of snow in high winds. Also, there will be some strong thunderstorms in the south, in places like Tennessee, Mississippi, and Kentucky.

This could produce a flash flood rain. Then, between those two areas, there is likely to be a potential ice hazard with freezing rain and sleet. The focus of the ice would be for parts of Pennsylvania, West Virginia and perhaps towards Minnesota.

Of course, it will be much colder heading into the weekend. Here in Western New York we could see some mixed precipitation that will eventually change to accumulated snowfall Thursday through Friday night.