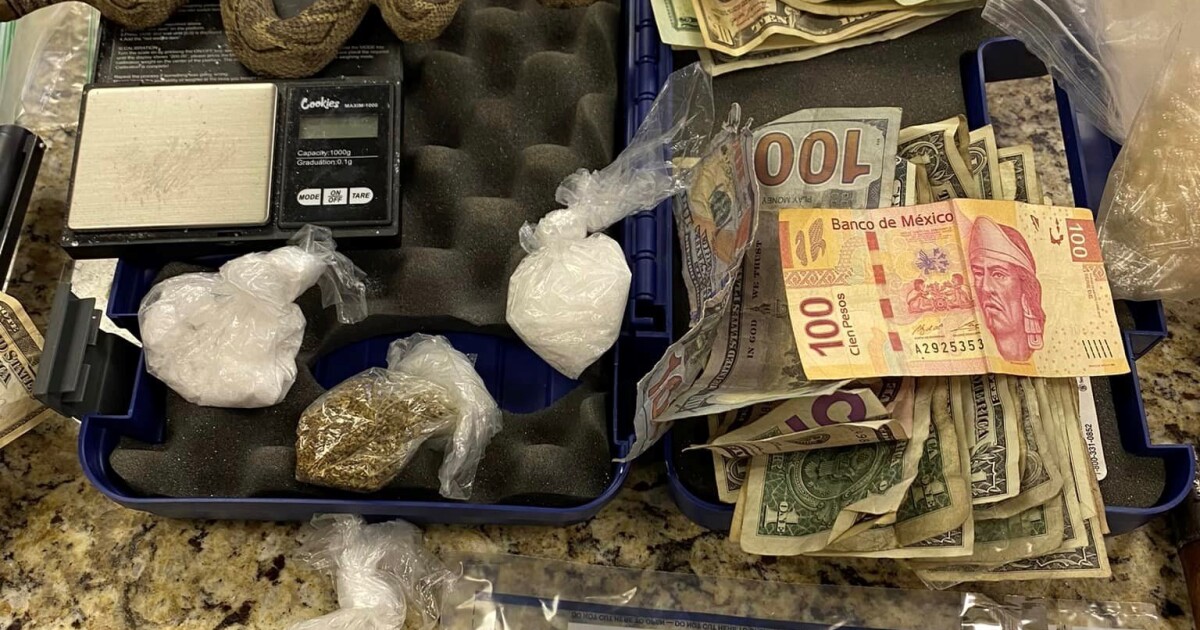 A theft investigation conducted by the Alice Police Department resulted in the discovery of several stolen items.

The Alice Police Department’s Criminal Investigation Division was investigating a robbery that occurred a week earlier.

During the robbery, guns, appliances, televisions, personal items and many other items were stolen.

Alice Pt said the investigation led them to a residence where several lawn items and tools were found.

A separate search warrant was executed in the 200 block of West Fifth Street. That’s where they made contact with several people, law enforcement officials said. Guns, body armour, knives, hunting tools, trailers, personal belongings, skins of exotic animals and drug paraphernalia were found during the search at the place.

Further analysis of the seizure revealed approximately 1,000 rounds of ammunition, 13 firearms, two ounces of meth and eight grams of cocaine.

Alice police said the total value of the stolen property was $50,000.

APD said the case has been referred to the Drug Enforcement Administration and the Bureau of Alcohol, Tobacco, Firearms and Explosives.