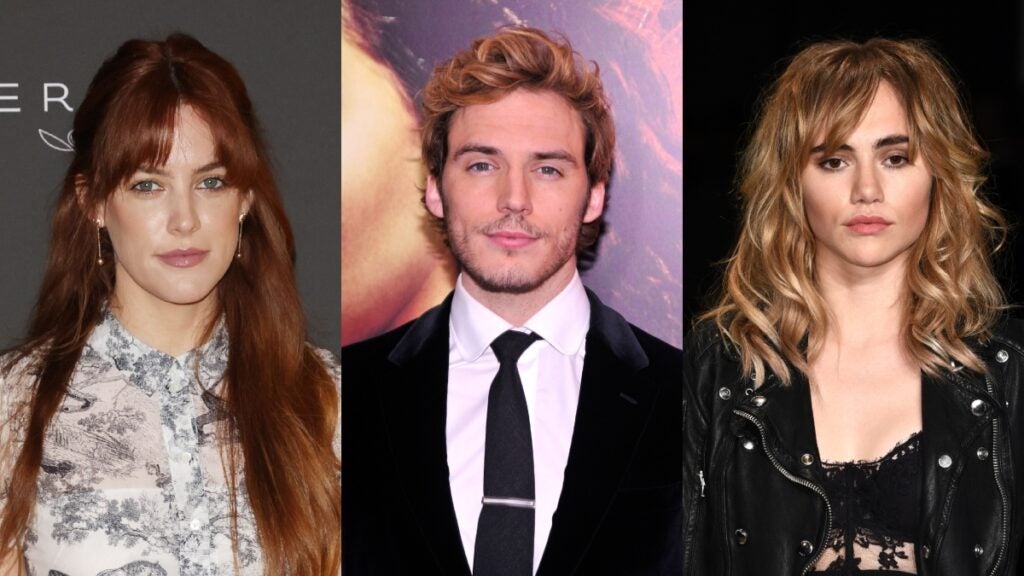 “Daisy Jones and the Six” first-look photos are available via Vanity Fair with the show’s premiere date: March 3, 2023.

Heading to Amazon Prime Video is Taylor Jenkins Reed’s adaptation of the popular historical fiction novel of the same name, which follows the rise and fall of a fictional ’70s band in the guise of Fleetwood Mac. Oral history is told in interviews.

Riley Keough will play the titular lead singer of the band. Other stars appearing include Sam Claflin as Billy Dunne, Camila Morrone as Billy’s wife, Suki Waterhouse as Karen, Sebastian Chacon as Warren, Josh Whitehouse as Eddie and Will Harrison as Graham. Timothy Olyphant stars as Rod Reyes, Tom Wright as Teddy Price, and Nabiyah Be as Simone Jackson.

The timeline includes characters from the band’s beginnings, peak, and 20 years after the band’s success.

Scott Neustadter (“The Fault in Our Stars, The Spectacular Now”) and Lauren Levy Neustadter, head of film and television at Reese Witherspoon’s production company Hello Sunshine, will produce.

“I flipped for it and really loved the whole thing,” said Scott, who received a pre-publication manuscript of Reed’s best-selling novel in 2017. The greatest gift I can imagine. “

Reid also posted a teaser clip to her Instagram.