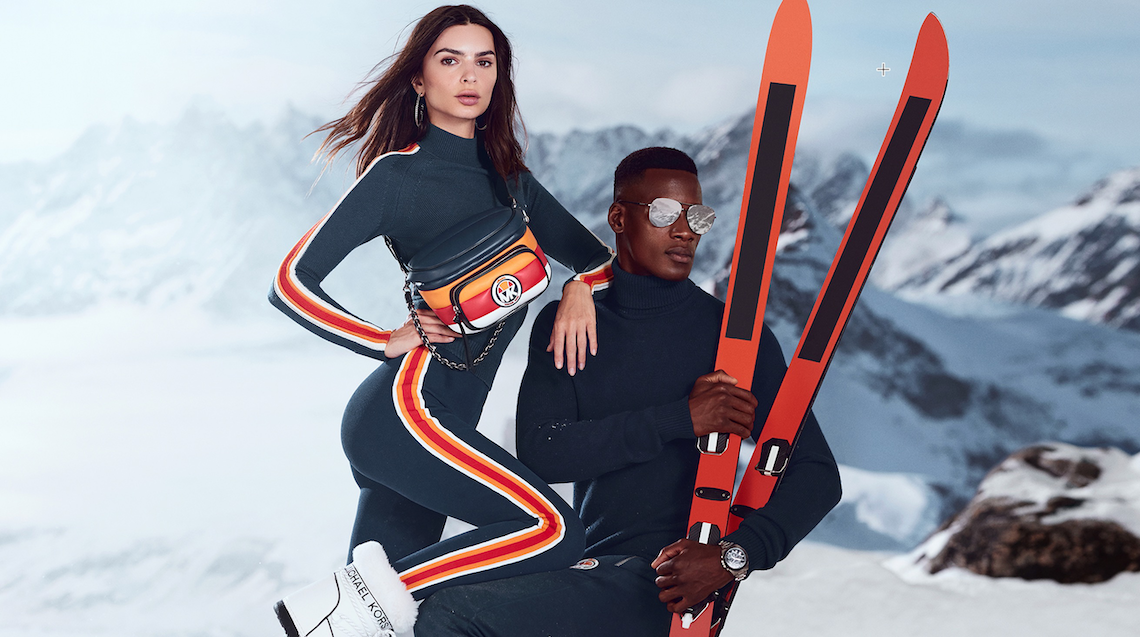 On Saturday, Armani presented his newly relaunched ski clothing line, Neve, at a show in St. Moritz, Switzerland. The line had already been available for purchase for a week, by which time it had sold more than $500,000 worth of merchandise.

Armani isn’t the only brand seeing dollar signs in the ski wear category. Louis Vuitton, Farm Rio, Woolrich, Pucci and Off-White have presented skiwear collections in the past three months. It’s a lucrative market, with ski jackets alone projected to reach $2.26 billion over the next eight years.

It’s not unexpected that brands like Louis Vuitton and Armani fall into this category, as skiing has long been associated with the glamorous and wealthy upper crust. But increasingly, brands with more mass appeal are starting to launch ski collections. Farm Rio, a Brazilian brand known for sunnier tropical designs, usually sells its dresses and skirts for around $100. Its ski wear is more expensive, with ski pants selling for about $345, but it’s still a lot less than Armani, which sells a ski sweater for about $2,000.

Farm Rio is not only atypical in the ski category because of its price. On Instagram, where the brand has been promoting its ski collection through a series of short videos, the brand’s use of bright prints and colorful stands is front and center. It’s a different look than the traditional ski brand’s typical aesthetic of monochromatic styles.

DL1961, selling their signature denim styles for about $100, launched a holiday skiwear collaboration with ski brand Perfect Moment in late November. The capsule includes several jackets and pants, all made from denim yet featuring the waterproof and insulating qualities needed for winter sports. Forty-three-year-old Perfect Moment is also on the more affordable end, with prices ranging from $300 to $500.

In a press release, Jane Gottschalk, creative director of Perfect Moment, said one of the goals of the capsule was to bridge the gap between the high-end world of ski wear and the more mass appeal of denim.

The skiwear trend was already going strong earlier this year, when shopping app Mada reported a 400% increase in skiwear sales. It was helped by the return of the ski resorts themselves, which saw revenues slowly return throughout 2022 and surpass pre-pandemic levels in September. The return of travel to destinations like Aspen means skiers have a reason to update their wardrobes.

According to Jarah Burke, fashion account director at marketing firm Power Digital, the growth of ski fashion is driven as much by TikTok as by the popularity of the ski resorts themselves.

“In addition to the openness of travel, the increase in combining a pastime or hobby with a specific style can also be attributed to people not only finding joy in dressing the role, but also being able to document it for social media,” Burke said. “This is particularly prominent on TikTok, where people play the aesthetic side of a hobby. The ‘vibification’ of activities can be a way for a brand to bring new people into its fold in an aspirational way.”