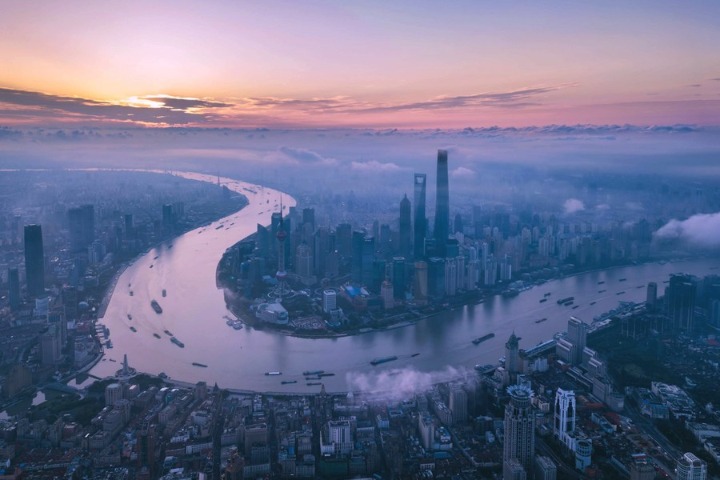 BEIJING – Over the past three years, China has effectively coordinated the prevention and control of COVID-19 with economic and social development, with positive results seen and new achievements made on both fronts, making it a reliable and important driver of global economic growth.

The World Health Organization reported more than 641 million confirmed cases of COVID-19, including 6.62 million deaths, while China’s incidence rate and death toll from COVID-19 were the lowest among major countries.

Effective virus control has helped China overcome the crisis caused by the epidemic, with its economy growing at an average annual rate of more than 5 percent over the past two years, better than the global average.

In 2020, China was among the first countries in the world to return to work and reopen businesses, recording 2.3% growth in gross domestic product (GDP), making it the world’s only major economy to post positive growth .

Its GDP exceeded 100 trillion yuan (about $14.37 trillion) in 2020 and will further increase to more than 114 trillion yuan in 2021, contributing more than 30 percent to global economic growth.

For 2022, the country aims to consolidate the growing trend of economic recovery, maintain the stability of employment and prices, and strive for the best possible results of economic work.

The past three years have been unusual and extraordinary for China, as it has passed many tests. However, China has historically eradicated absolute poverty, significantly increased the size of the middle-income group, completed the construction of a moderately prosperous society in all respects, and embarked on a new path of building a modern socialist country in all respects.

In particular, China, the world’s most populous country, is doing its best to secure grain supplies amid growing uncertainties about global food security.

The country’s grain production exceeded 650 billion kg for seven consecutive years until 2021, with per capita grain supply remaining above the internationally recognized safety limit. This year, China has seen an increase in summer grain and early rice production and is expecting another bumper harvest.

As a global manufacturing powerhouse, China boasts the largest and most complete industrial system in the world, making it a key contributor to global industrial chains.

Today, the global economy is facing various challenges, and China has offered solid support in terms of raw materials, production capacity, logistics and sales to domestic and foreign companies. By strengthening the resilience of industrial and supply chains, China has helped moderate inflationary pressures around the world.

Meanwhile, China’s determination to open up even more to the outside world remains unwavering, providing enormous opportunities for the rest of the world.

In the first 11 months of this year, China’s trade increased by 8.6 percent to 38.34 trillion yuan, according to the General Administration of Customs.

New momentum stemming from deepening efforts in advanced manufacturing played a solid role in driving growth. The Belt and Road Initiative, the Regional Comprehensive Economic Partnership, the Pilot Free Trade Zone and other major institutional innovations have brought momentum and vitality to the high-quality development of foreign trade, said Zhuang Rui, a professor at the University of International Business and Economics.

The country also continued to expand market access and shorten the negative list for foreign investment. He enacted the Foreign Investment Law, which came into effect on the first day of 2020, to protect the legal rights and interests of foreign investors.

Bolstered by these efforts, China has maintained its strong appeal to foreign companies despite a gloomy investment sentiment around the world. Foreign direct investment in mainland China rose 17.4 percent year-on-year to $168.34 billion in real terms in the first 10 months, official data showed.

Next year, the country will pay special attention to ensuring steady growth, employment and prices, effective prevention and mitigation of major risks, and strive to achieve a general improvement in the country’s economic performance, characterized by higher quality and reasonable growth, announced the meeting convened on Tuesday Political Bureau of the Central Committee of the Communist Party of China.

China’s economy will still face challenges next year, said Yang Zhiyong, a researcher at the Chinese Academy of Social Sciences. “The meeting called for strengthening policy coordination to help maintain policy intensity and focus on sustained efforts in key areas to ensure sustained development and reasonable growth next year.

The director of the International Monetary Fund, Kristalina Georgieva, said that they predicted a 3.2 percent growth in the Chinese economy for 2022, which will improve to 4.4 percent in 2023.

China has the fiscal space to boost its economy and combat downward pressure, Georgieva said, adding that the country is also working towards a more targeted response to prevent and control the epidemic, which could help reduce supply chain disruptions and avoid slowing growth.