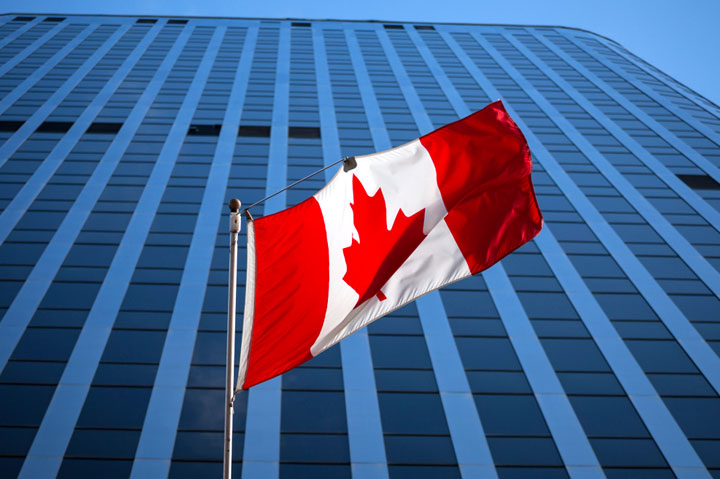 Statistics Canada reports that Canada’s economy grew by 2.9% in the third quarter, down from 3.2% in the second quarter, but still a better performance than experts had expected. However, the good news was tempered by reports that consumer spending eased in the third quarter due to continued inflation and high interest rates. The resulting drop in pre-holiday shopping has left retailers piling up too much inventory that they struggle to unload.

Growth was driven by rising exports, including crude oil and bitumen, and non-residential building starts; it was held back by a slowdown in residential real estate investment, as home prices and overall housing activity declined.

Meanwhile, the headline inflation rate eased in the third quarter from 7.6% in July to 7% in August, to 6.9% in September, which remained stable in the fourth quarter. Inflation peaked at 8.1% in June – which Canada’s central bank has been trying to tame since March with a series of interest rate hikes. The seventh and last increase this year was on December 7, when the bank raised the key interest rate by half a percentage point to 4.25 percent. It is the latest move in one of the fastest tightening cycles in the bank’s history.

Analysts say the economy will slow further in the fourth quarter as a result, even though wages rose 5.6% year-on-year in October. Unemployment fell slightly from 5.2% in September and October to 5.1% in November as the country added 10,000 jobs, mostly in the finance, insurance, real estate, rental and leasing, manufacturing, information, culture and recreation sectors. The largest turnover was in construction and wholesale and retail trade.

But tremors were felt across the economy last month when tech companies — including majors such as Amazon, Meta and Twitter — announced they would lay off tens of thousands of jobs worldwide due to the recession. Already in the spring, Meta planned an aggressive hiring spree in Canada with plans to hire about 2,500 people. However, last month CEO Mark Zuckerberg said the California-based company would cut 13% of its global workforce, or about 11,000 jobs. In a letter to staff, he blamed overly aggressive growth in response to COVID-era consumer trends that have since slowed.

Meanwhile, the promotional industry in Canada continues to enjoy a post-Covid shopping frenzy after months of strict lockdowns during the pandemic. Danny Braunstein, Winnipeg-based director of customer success for Top 40 distributor BAMKO (asi/131431) in Canada, says the third quarter was a record for his company. “It’s unusual for us to hear about economic problems,” he adds. “The combination of higher interest rates and high inflation is putting a lot of pressure on businesses to watch their budgets and spend carefully.”

While he keeps a close eye on layoffs, Braunstein says that so far they appear to have been in specific industries, such as technology, and less common in sectors such as manufacturing. He is also looking forward to further improving the supply chain. In fact, this week the Chinese government announced it was lifting many of the restrictions and testing requirements that were part of its “zero COVID” policy, leaving promotional product companies cautiously optimistic about further improvements.

“Right now, the supply chain is a little better and freight rates are down, but hiring remains a challenge,” says Braunstein.

“The combination of higher interest rates and high inflation is putting a lot of pressure on businesses to watch their budgets and spend carefully.” Danny Braunstein, BAMKO Canada

At Lineare Infographie Inc. (asi/253727) in Laval, QC, president Guy Fortier says third-quarter sales were up 40% year-over-year, and fourth-quarter numbers are on track to be 30% higher than in 2021. » We really don’t see that interest rate pressure would affect customers’ purchases,” he says. “Some have mentioned concerns about redundancies, but understaffing remains a problem. But the supply chain has improved and we expect it to improve even more next year.”

Sergio Munoz, vice president of business development for Vaughan, ON-based Debco, a Top 40 HPG supplier (asi/61966), also says they haven’t felt the impact of the recession on sales as they continue to grapple with staffing challenges. . “It’s hard to say whether we’re meeting pent-up demand or aggressive business in the fourth quarter, but our press hasn’t shut down all year,” he says. “We are fortunate to be enjoying a very busy Q3 and Q4.”

Faster-than-expected growth in the third quarter and a low unemployment rate early in the fourth quarter indicate some stabilization, Munoz says, which “gives me an optimistic outlook for the rest of the year and early 2023.”