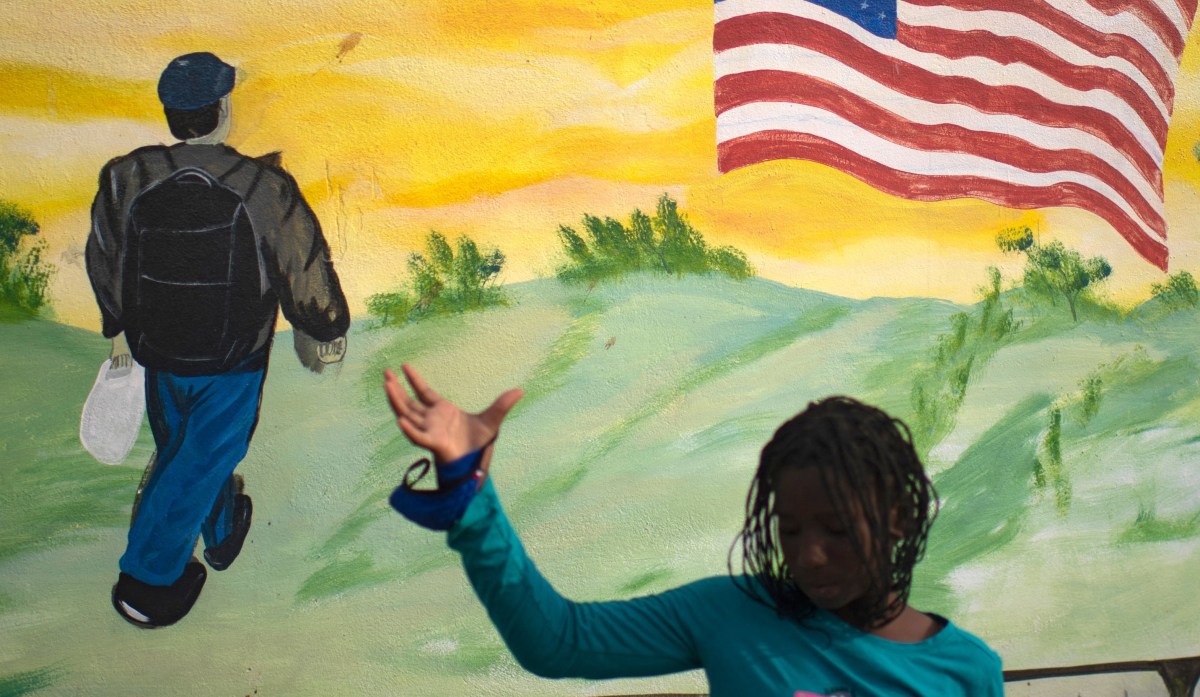 Haiti is facing a number of crises that are worsening the country’s already fragile economic situation. Gang violence, incredibly high inflation and an ongoing political crisis are paralyzing the country, forcing some to look elsewhere for economic opportunities.

However, migrants traveling to the United States—often crossing the southern border illegally and under difficult conditions—may find limited economic opportunities once they arrive in America.

Kensey Pierre, a Haitian migrant who recently arrived in New Jersey from Chile, has been unable to find steady employment in the eight months since arriving in the United States. His name has been changed to protect his identity.

“In Chile, no matter how bad it was, we still had something coming,” he said through an interpreter. “We used to do any kind of work. We have been here for a while and nothing has happened yet.”

Kensey came to the US illegally with his family about 8 months ago and is awaiting a government decision on his asylum claim. He originally left Haiti in 2018 because it was difficult to find work to support his family. Now the 30-year-old lives with his wife and two children in a room given to them by the church pastor.

“My economic situation is not good,” he said. “We have very little income, apart from public assistance, which we have just started receiving. The pastor gave us a room — but the house is lead and we cannot stay there with the children. We have to move by the end of the month.”

For Haitians who have not fled abroad, worsening domestic conditions are stretching the country’s battered economy to breaking point. Inflation is close to 30% and GDP is expected to decline for the fourth consecutive year in a country where people live on average on less than $5 a day.

“The main point of entry for goods, materials, food, etc. is kind of closed to the rest of the country,” said Laurent Msellati, the World Bank’s country director for Haiti. “So the gangs that control access to the port and allow trucks to go out of the ports in very limited numbers affect all parts of economic activity.”

Due to the instability, more and more Haitians are fleeing to America. More than 150,000 of them are already in the US legally and have so-called temporary protection status. In December, the Biden administration expanded eligibility to people like Kensey who entered the country before Nov. 6, 2022. Some in the Haitian-American diaspora say the recent influx is increasing their capacity to provide aid to migrants.

“The vast majority of Haitians are somehow dependent on us … on other Haitians in the community, family members,” said Vanessa Jean-Louis, a second-generation Haitian-American and founder of the nonprofit Children of Haitian Immigrants. Community activists like her say cases like Kensey’s are becoming more common in the United States.

“They’re not technically here legally, they don’t have established credit, so they often have to work under the table or someone has to rent an apartment for them,” Jean-Louis said. “The need is so great and we often come out of our own pockets to help families.”

While migrants can receive some benefits, such as SNAP — also known as food stamps — and other limited welfare benefits, some advocates say it’s not enough. Jean Maurice, pastor of the predominantly Haitian Brick Church in East Orange, New Jersey, says existing government aid programs are not serving the growing number of migrants well enough.

“I would really like to see a change in immigration policy,” he said. “I think the U.S. needs to rethink offering more opportunities to migrants who are looking for a better life economically.”

While awaiting a decision on his asylum application, Kensey remains in America.

“When things are stable at home, I can come back… But for now, I don’t see it,” he said.

Like many migrants working abroad, he hopes to eventually pay back the money to his relatives still in Haiti.

There’s a lot going on in the world. Through it all, Marketplace is here for you.

You rely on Marketplace to break down world events and tell you how it affects you in an accessible, fact-based way. We rely on your financial support to keep this possible.

Your donation today empowers the independent journalism you rely on. For just $5/month, you can help keep the Marketplace going so we can keep reporting on the things you care about.